Now forever the NFL has stood for the “No Fun League” and one day removed from the Ben Roethlisberger suspension, I find it kind of disturbing that the NFL would stoop to the level of the XFL. Was Goodell not talking about protecting the shield? Now I understand the Roethlisberger suspension. It is at least 2 games longer than what I thought it would be. I understand the media love of Tim Tebow. If Goodell could, he would redesign the logo to include Tebow silhouette in it like the NBA did with Jerry West. 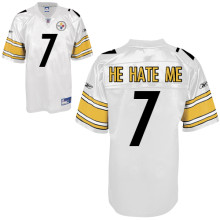 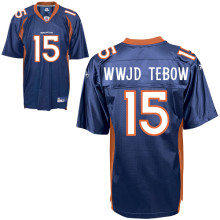 Steeler Nation is split on Roethlisberger. That horse has been beat to death, but double standards do have to stop. If they don\’t, expect to see Ben “He Hate Me” Roethlisberger jerseys or Tim “WWJD” Tebow jerseys for sale on NFL.com very soon. This would make Chad Ochocinco eligible to be the Commissioner in 15 years as well, wouldn\’t it? Hypocrisy anyone?