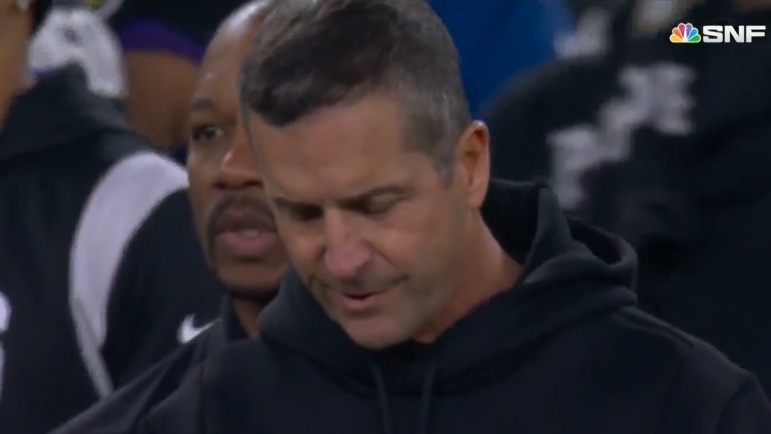 We’ve been hearing from a lot of Pittsburgh Steelers’ opponents lately, and the most common pattern has been frustration over their inability to prevent them from doing what they wanted to do. The Baltimore Ravens were the lone exception over the past several weeks, but head coach John Harbaugh found himself on the wrong end last night.

“A poor performance by us; we didn’t get the job done. Very disappointed, we are. We have to play better than that”, he said after the game, via transcript on the team’s website, noting that they knew what they were getting and simply could not stop it.

“It wasn’t anything we haven’t seen; it was exactly what we saw on tape from them the last three weeks”, he added. “Coaching staff; start with that, start with me. Start with the coaching staff, game plan, all of it – not good enough. Very disappointing”.

One area of the game he focused on in his frustration was the trenches, on both sides of the ball. While the Ravens did have some success rushing, on the whole, he was not pleased with how Pittsburgh’s defensive front won as many battles as they had, even while expecting their heavy fronts.

“They put an extra D-lineman in the game, crashing off the edges. We should have done a better job of attacking that for sure. We let them do what they want; it wasn’t good”, he said and spoke similarly of his own run defense. “They got the job done, ran the ball very well against us”.

Baltimore still ran the ball successfully, finishing the day with 120 rushing yards on 28 carries, but they were less accomplished on a per-run basis than they are accustomed to. J.K. Dobbins’ run success rate was under 50%, for example.

The Steelers, on the other hand, put up 198 rushing yards on 41 attempts, numbers that look better when you remove quarterback kneel-downs (39 for 200). Both Najee Harris and Jaylen Warren ran the ball effectively, with Harris posting his first 100-yard game of the season, rushing for 111 yards on 22 carries. Warren also set a career-high in both attempts (12) and rushing yards (76) with a long of 31 yards.

The Ravens rushed for over 200 yards on the ground the last time these two teams got together. Since then, the Steelers have been as committed to stopping the run as they have been all year, using heavy six-man fronts featuring DeMarvin Leal as an extra down lineman in addition to their two edge rushers.

It will be interesting to see what the rushing numbers look like against that front once we have our charting in, but it didn’t seem like Baltimore wanted to run up the middle against that look. They did bounce some runs off to the perimeter, something that still needs to be cleaned up, but there’s a reason we’re discussing Harbaugh’s frustrations today and not the Steelers’.