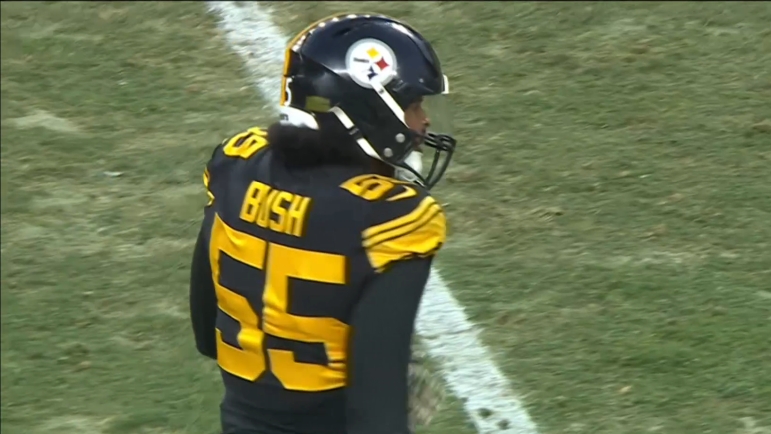 As we’ve done in the past, the keys to the Pittsburgh Steelers winning (or losing) today’s game. Three things that need to happen for them to end up on the right side of the score and vice versa in this afternoon’s game against the Cleveland Browns.

1. They Copy The Carolina Gameplan

There’s no question Pittsburgh will have a run-first approach. But they may kick it up a notch in this one just as they did against Carolina, a game in which they didn’t have the most efficient run defense but ran it an incredible 45 times with three rushing scores. Breathing room should be easier to find, the Browns’ run defense hasn’t been good all year and they’re losing players left and right, but the point is the Steelers need to run, run, and then run again.

The interior offensive line needs to win the point of attack and they need to climb to the second level and cover up their linebackers. Get a hat on a hat at the second level is key. Also take care of the Browns’ safeties. They make a bunch of tackles and Cleveland stacks the box against the run.

As we wrote in yesterday’s X-Factor article. One key difference from the first matchup against Cleveland is not just Watson playing, that much is obvious, but his mobility will be a serious factor. He’s been running around and extending the play since getting back on the field, even if it’s sometimes meant throwing to his right tackle. Pittsburgh hasn’t contained the edges well enough to make Watson play within the pocket.

Against the run, that is.

Bush is expected to play more than the Ravens game where he essentially wasn’t part of the gameplan until Myles Jack hurt his groin (again). But Cleveland isn’t as personnel-heavy as Baltimore which means less of Mark Robinson and more of Bush. Still, the Browns love running the ball and Bush is going to have to make plays. Stay in his gap, get off blocks, make tackles. He’s been better against the run this year but in what could be his final game as a Steeler, he needs to go out on top.

I know we just talked about them needing to contain Watson above. But they’ll need to balance that with getting to Watson as well. And they have some solid matchups. T.J. Watt is facing backup RT James Hudson, who probably isn’t as bad as he was as a rookie in 2021 but is still in for a long day. At least he should be. On the other side, Alex Highsmith has always had success against LT Jedrick Willis, killing him with his inside spin move (though tackles have gotten wiser to it lately). Those two should combine for at least a pair of sacks in this game. And a forced fumble wouldn’t hurt against Watson, who might get a little loose with the football scrambling around.

I can pretty much just copy and paste this for every Steelers/Browns game. To Pittsburgh’s credit, and maybe gold star here for Teryl Austin, they have been better against empty recently. It’s not quite the kryptonite it’s been in years past. Still, the Browns are great at going empty out of heavy personnel, keeping Pittsburgh in their base defense and forcing them to defend all levels of the field. Because the Steelers don’t travel their corners, they can get bad matchups when teams like the Browns move their #1 receiver inside to #2/#3 (the slot). Can’t play man and zone can be death by 1000 papercuts. We’ll see how they handle it this time.

Besides Myles Garrett, the Browns’ front seven looks pretty rough, especially assuming DL Jadeveon Clowney isn’t playing in this one. And while CB Denzel Ward isn’t looking likely to play, Cleveland’s strength of their defense is in their secondary. A good safety in Grant Delpit, getting hot with three picks the last two games, and solid corners in Greg Newsome and Martin Emerson. Those guys can’t make plays the way they did Week 17 against Carson Wentz, who threw three costly picks. Pickett isn’t Wentz, he’s far smarter with the ball already, but the Browns are an opportunistic group.