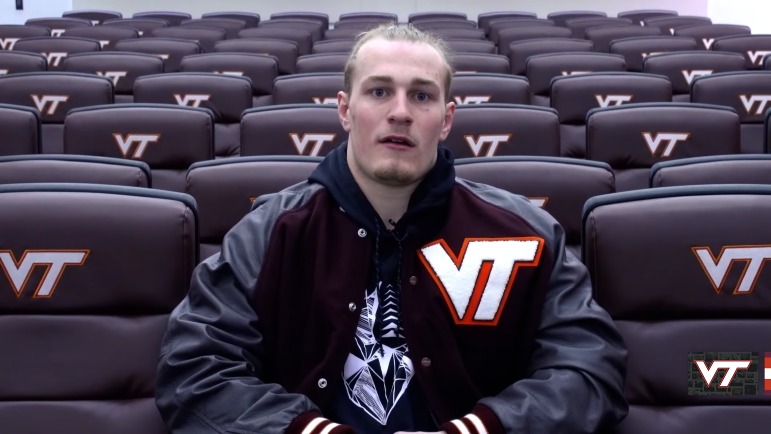 In addition to meeting with Bethel (TN) defensive tackle Nick Andrews, the Pittsburgh Steelers have also met with Virginia Tech linebacker Dax Hollifield at the Tropical Bowl, according to Ryan Fowler of The Draft Network.

LB Dax Hollifield (VA Tech) has been a popular name at the Tropical Bowl this week.

In addition to Pittsburgh, Hollifield has also met with the Miami Dolphins, Chicago Bears, and Jacksonville Jaguars. Hollifield stands at 6-1 and 245 pounds, and was a contributor all five years he spent at Virginia Tech. He had 356 career total tackles in his career with the Hokies, improving from 62 in his freshman season up to 92 his senior year and 82 in his fifth season last year. Hollifield also showed improvement in coverage last year as Fowler noted, as he had a career-high six pass deflections which were up from his previous high of two during his junior year. While he didn’t have any pass deflections, Holliman did come away with three interceptions during his sophomore year, although he only had four in his collegiate career.

His 92 tackles in his junior year ranked eighth in the ACC, and his 356 career tackles are the eighth-highest in ACC history. In 2021, he was an All-ACC honorable mention and he was on the Reese’s Senior Bowl watch list this year. He also forced three fumbles in his career.

Inside linebacker is a clear need for Pittsburgh with both Devin Bush and Robert Spillane entering unrestricted free agency. Bush is a near lock to leave Pittsburgh, and it’s a position the Steelers will address through free agency and the draft. While 2022 seventh-round pick Mark Robinson looked promising at times and will surely see a jump in playing time in 2023, the Steelers will need to add depth and probably a second starter alongside Myles Jack, who underwhelmed a bit in his first year in Pittsburgh.

Hollifield is a name to watch as a potential late-round pick or an undrafted free agent. He was highly productive in college, and if he continues to improve in coverage, he could be a potential depth piece at off-ball linebacker in the NFL.