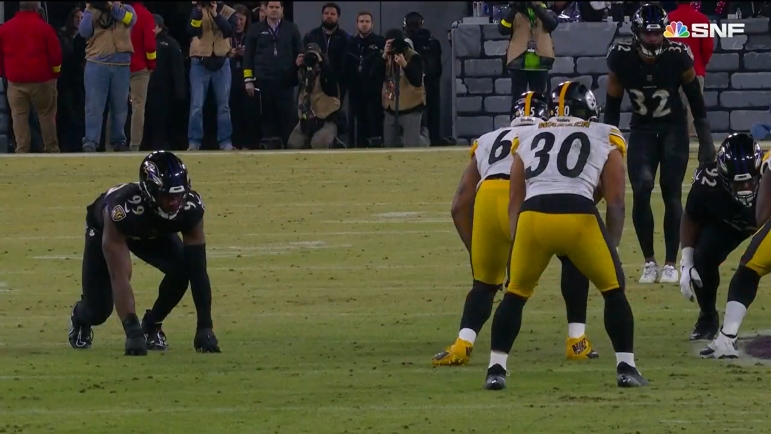 While it’s not as though it never happened during his tenure in Pittsburgh, particularly under head coach Mike Tomlin, former Steelers quarterback Ben Roethlisberger made special mention of the team’s use of a two-back system this year.

Second-year Najee Harris is the focal point and star of the show, but rookie college free agent Jaylen Warren has proven to be a very capable complement who has been able to take a lot of weight off of the starter’s shoulders, and Roethlisberger believes it’s been for the best both for Harris and the team.

“Maybe some of it too is because he’s getting subbed out a little bit and getting some rest. Last year when I was with him, he never came out”, he said of Harris during yesterday’s episode of his Footbahlin podcast.

“This is nothing that’s breaking news, but people have talked about in the past, like, Tomlin runs backs into the ground”, he said. “And sometimes backs don’t want to come out, whatever it is, but if you can have a good combination, like, why not?”.

Tomlin himself has in the past basically come out and said that his philosophy is to run a back until the wheels come off. It’s effectively what he did with Willie Parker and Rashard Mendenhall and, to a lesser extent (though with a greater volume) Le’Veon Bell.

That Harris has only played about two thirds of the team’s offensive snaps this year is proof positive in a dramatic shift in approach, considering he hasn’t missed a game. He played 84 percent of the snaps last season while missing big chunks of a couple of games due to injury.

“Right now Naj is playing like he’s getting rested, and every time he runs the ball, look out. Dude is on fire right now”, Roethlisberger added, speaking to the cumulative effects of Harris having the chance to stay more rested and thus be more effective when on the field.

“He’s doing great”, he added of Warren. “It’s a great one-two punch, great combination. And we’ve had two good backs in the past, but for whatever reason, whether it’s coordinator, head coach, whatever it is, they just haven’t been substituted much in”.

There’s probably an undercurrent we can read into all this about Roethlisberger believing that they should have done this more all along. DeAngelo Williams and LeGarrette Blount and James Conner barely played when Bell was healthy, for example.

Warren has 550 yards from scrimmage this season, and he is essentially the third back under Tomlin to be number two runner behind a clear-cut starter to accumulate that kind of yardage without gaining additional playing time due to injury to the starter.

Williams nearly rushed for 1000 yards one season, but that’s because Bell missed most of the year. There was a year when they didn’t have a starter, with Jonathan Dwyer and Isaac Redman trading off the hot hand. The 2011 (Mendenhall and Redman and 2007 seasons (Parker and Najeh Davenport) are the lone non-injury exceptions in Tomlin’s 16 years in Pittsburgh.