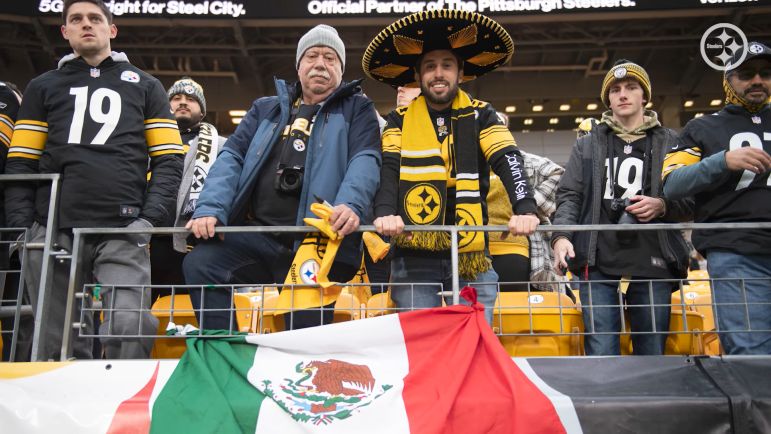 The National Football League regularly plays the long game—one of the reasons it as a business has remained so successful. In all of its dealings, there is always a forward-looking vision to a potential future, whether that’s negotiating with the NFLPA or its broadcasting partners or in some other area of planning.

The league has been talking about expanding the game of American football to an international audience for many years. It has tried to lay the groundwork for some time—there has even been talk of eventually hosting a team in London full-time—and it may finally be bearing fruit as they continue to expand its international schedule.

The Pittsburgh Steelers intend to be willing participants in this area, according to Peter King, particularly as it concerns Mexico, where they have long had a very strong fanbase. Steelers president Art Rooney II has spoken unambiguously about his organization’s desire to play there.

In his latest column, King describes the Steelers as being among nine NFL teams who are “working on making Mexico their international territory”, which would mean that is where they would host their international games when required. Each team is required to host at least one every eight years.

There is no international game on the Steelers’ 2023 schedule. That is in part because of construction work being done for Mexico City’s Stadium Azteca in preparation for the World Cup in 2026. But King writes that he expects Mexico to host a game in November 2024.

The Steelers would be an obvious choice, and it actually works out quite perfectly because the AFC North is slated to play the NFC East in 2024. Meaning that you could put the Steelers and the Cowboys together on the same schedule, the two teams with the largest fanbase in the country.

The league is certainly hoping that the international aspect of play remains a permanent fixture, and it has turned an important corner. As King writes, “The international games have gone from a one-off that teams felt they had to endure to now being a business and fan-growth opportunity the business sides of franchises have embraced”.

Nobody is happy about losing a home game for it, but every team has also received an extra home game every other season after moving to the 17-game schedule as well. I’m sure local Steelers fans wouldn’t be thrilled about the team hosting a game in Mexico if it comes to that (although it could quite possibly be the Cowboys hosting in the scenario I proposed above), but think of what it would mean to the fans that are there. I know we alone have many readers from Mexico, which is always wonderful to see.