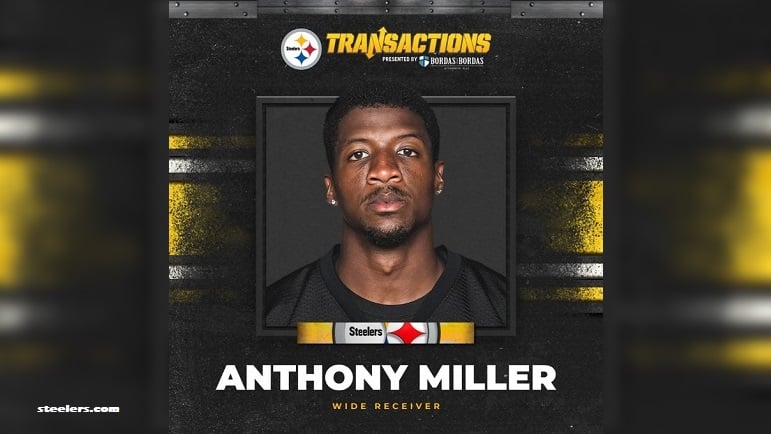 The Pittsburgh Steelers re-signed wide receiver Anthony Miller a few days ago, and the terms related to that one-year contract are now known thanks to Joel Corry of CBS Sports.

The contract totals out at $1.08 million and that’s the minimum for his credited years in the NFL. This deal qualifies as a Veteran Benefit contract under the CBA. It does not include a signing bonus, however, which could have been as much as $152,500. None of the money is guaranteed. While Miller’s base salary for 2023 is scheduled to be $1.08 million, he will have a reduced salary cap charge of $940,000 as part of his deal being a qualifying Veteran Benefit contract.

A shoulder injury sustained during the Steelers’ first preseason game in 2022 resulted in Miller being lost for the entire season. He spent all of 2022 on the Steelers’ Reserve/Injured list and was set to become an unrestricted free agent in March. He had signed a one-year Veteran Benefit contract with the Steelers last offseason after playing in one game for them in 2021.

For his NFL career, Miller has 140 receptions for 1,589 yards and 12 touchdowns. Most of those catches came in his first three seasons in the NFL with the Chicago Bears.

Miller was originally selected in the second round of the 2018 NFL Draft by the Bears out of Memphis. Since 2020, he has played in three games and has registered six catches for 25 yards and a touchdown.

Miller will turn 29 in October.