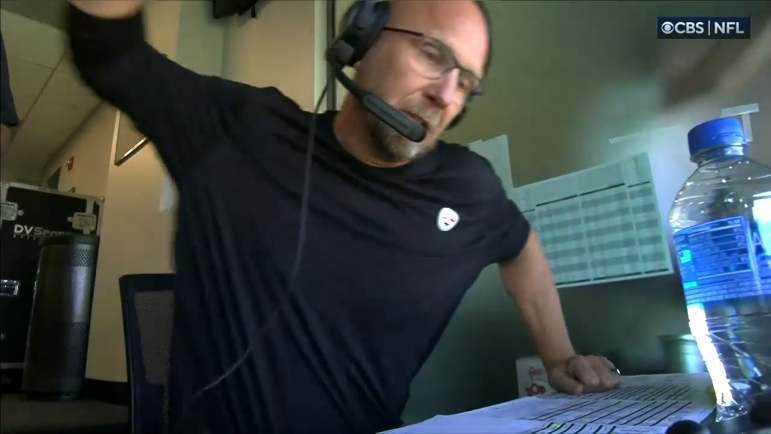 The Pittsburgh Steelers’ season may have come to a premature end, but the fact that it feels premature is merely a testament to how much progress had been made over the course of the second half of the year. Starting out 2-6, they ended the season 7-2, including a four-game winning streak to wrap up.

It came up just short, but they left Steeler Nation with plenty of reason to be optimistic about the future. There is still growth that needs to happen, but there’s also belief that it can and will happen.

The biggest question many have is who will be on hand to oversee it. And most seem to hope that it isn’t offensive coordinator Matt Canada, who just completed his third season with the team, second in that post.

Players haven’t exactly come out gunning for his firing at any point of the season, but after today’s game, running back Najee Harris was quoted by Brooke Pryor of ESPN as offering him a vote of confidence. “We all believe in Matt Canada”, he is reported to have said.

Najee Harris: “We all believe in Matt Canada.”

I already know that’s not going to sit well. In fact, a common theme growing in your comments over the course of the past months has been concern that the recent improvement in the offensive performance will be enough to save Canada’s job.

more Harris on Canada: "All that play calling stuff, I think that's just a coverup for just the lack of stuff that we were doing on the field as players. I never bought into none of that. .. Cause I know at the end of the day, we're the ones who gotta make the plays."

It’s certainly within the realm of possibility at this point, although nothing is guaranteed. I believe Canada’s contract expires after this season, so a decision will have to be made as to whether or not he is given another contract. The team often seems to allow coaches to finish out their contracts before moving on.

Having previously cut his teeth for decades in the coaching ranks, Canada accepted a job with the Steelers in 2020 as their quarterbacks coach. They did not have a dedicated quarterback coach for two seasons prior when Randy Fichtner was promoted to a dual role as coordinator.

Fichtner was let go after the 2020 season, and Canada was promoted to offensive coordinator, overseeing quarterback Ben Roethlisberger’s final season and Kenny Pickett’s first. The results have largely been underwhelming.

While many do see the potential in this offense, rarely does Canada receive much credit for putting it together, holding the opinion that the success found has come in spite of rather than because of his contributions.

One would hope that the Steelers strongly consider all options this offseason when it comes to the offensive coordinator position. And Pickett should have a big say in that. He is the future of their franchise, after all. But does he believe in Canada as much as Harris says?