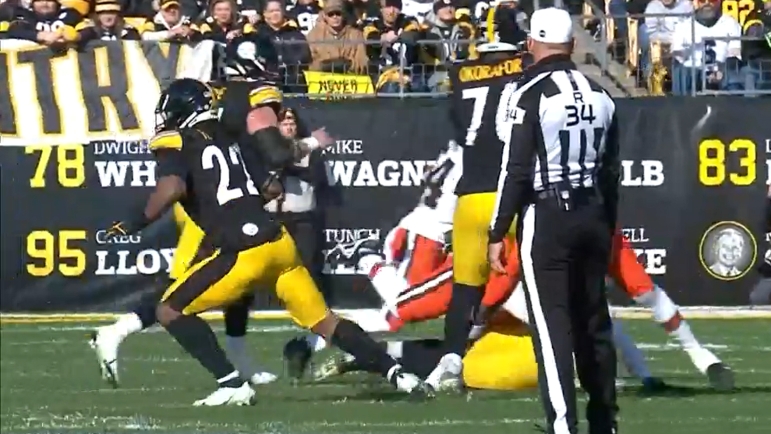 Entering the Week 9 bye week, the Pittsburgh Steelers sat at 2-6 on the season, head coach Mike Tomlin was staring down his first losing season in 16 years at the helm, second-year running back Najee Harris looked like he was running in quicksand, and much of the focus was on potentially tanking for a higher draft pick.

Nine weeks later, the Steelers closed the 2022 season out in style with a 28-14 win over the Cleveland Browns at Acrisure Stadium, finishing the year at 9-8 overall. Though Pittsburgh missed out on the playoffs due to the Miami Dolphins defeating the New York Jets, the Steelers rebounded in impressive fashion, going 7-2 after the bye week to have a winning season.

While it’s understandable that some players are frustrated with having to talk about the offseason already due to the Dolphins beating the Jets, keeping the Steelers out of the playoffs, Harris was rather candid Sunday after the win over the Browns, stating to reporters that the Steelers should be rather proud of themselves and the way they closed the season.

“I think the way that we finished this season, we should be really proud of ourselves. We can see how our future is,” Harris stated to reporters, according to the official transcript provided by the team. “We’re young, but we’re also really talented and I think that for us to come together through all of the adversity we had earlier in the year, especially to finish out the season the way we did, it’s motivation for us. We should be hungry for next year.

“That’s what I was telling Kenny [Pickett] on the sideline when I saw him. I just shook his hand and told him he had a great year,” Harris added. “We just have to do a lot for the team if we want to be alright next year and not wait for other teams to lose to get it. We have a lot to build on. Obviously we didn’t make the playoffs, but we accomplished not having a losing season for Mike T[omlin] and we just finished really strong.”

The Steelers certainly finished very strong. That 7-2 record in the second half is nothing to scoff at.

In the second half, rookie quarterback Kenny Pickett found his game, avoiding turnovers while really stepping into his leadership role for the Steelers. Additionally, Harris found his game once again, looking rather healthy in the second half, running hard and determined overall. With Pickett playing better and Harris finding his stride behind an improved offensive line, the Steelers took off, playing complementary football with a defense — the highest-paid in the league — that really played some great football in the second half of the season.

The future is bright.