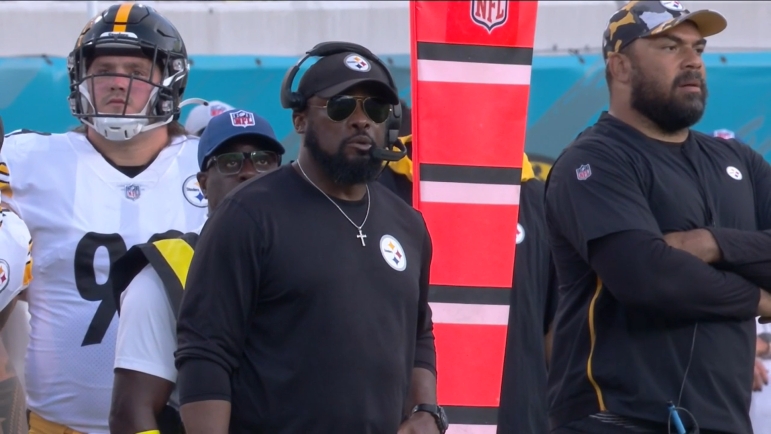 It seems in recent years that one of the favorite pastimes within Steeler Nation after a season ends is to let everybody know, usually very strongly, whether you think head coach Mike Tomlin should or should not be in consideration for the Coach of the Year Award. As soon as a whiff of the conversation is heard, the articles seem to self-generate calling the notion absurd that he should be under consideration.

While Steelers captain Cameron Heyward did not explicitly say that he believes Tomlin should be the coach of the year for the 2022 season on the latest episode of his Not Just Football podcast, however, he did express disbelief that he’s never won it and believes he should have by now.

“This dude has had some really good teams and gotten the best out of a lot of good teams. Why has he not been recognized” as a coach of the year, he asked. “I know he’s not doing it for that, but I think he’s long overdue for every accolade. Hall of Fame, you name it. Man, that dude gets the best out of his players”. The conversation was about him never winning the Coach of the Year Award, so it obviously includes that in “every accolade”.

The Steelers first hired Tomlin as their head coach in 2007. Since then, he has had zero losing seasons in 16 years, but he’s never been considered the best head coach in any given year, at least based on the AP Coach of the Year Award list.

Several head coaches have won the award multiple times since Tomlin has been on the job. Bill Belichick won the award in 2007 and 2010. Bruce Arians won in 2012 and 2014. Ron Rivera won in 2013 and 2015. The reigning winner is Mike Vrabel. Cleveland Browns head coach Kevin Stefanski won in 2020. Baltimore Ravens head coach John Harbaugh finally won the award for the first time in 2019.

Former Cincinnati Bengals head coach Marvin Lewis won the award back in 2009 as well, so every other team in the AFC North outside of the Steelers has had a head coach win the award since Tomlin was first hired. His predecessor, Bill Cowher, won it in 1992, his first season; Chuck Noll never won it. But Tomlin has always coached in their shadow, Heyward feels.

“The expectations are there, but the standard was set before him”, he insisted. “He’s fighting ghosts. He’s not just fighting the coach on the other sideline. He’s got to fight guys that don’t play anymore and don’t coach anymore. It’s unrealistic, but man, that’s what the standard is”.

That’s always been the point. Tomlin might have initiated the phrase ‘the standard is the standard’, but he didn’t initiate the standard. While his regular season winning percentage is commendable, however, the rest of his record is more than fairly open for debate.

After all, he has only won a postseason game in just a quarter of his seasons coached. He has reached at least the AFC Championship game, if not the Super Bowl, in three of the four seasons in which he won at least one postseason game, but he’s also gone one-and-done six times, and has missed the postseason entirely another six times.