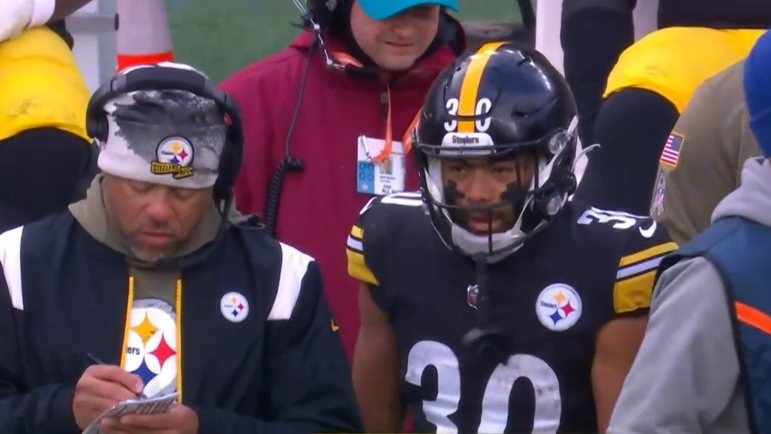 The underdog might be a fan favorite, but it’s still not easy being that person. At least it’s not for Pittsburgh Steelers rookie running back Jaylen Warren, a college free agent out of Oklahoma State who refused to believe that he made the team on cutdown day basically until somebody told him he made it after the deadline.

Even now most of the way through his rookie season, having carved out a regular role for himself—he has played about 35 percent of the team’s snaps when healthy since the bye week—he’s not taking anything for granted when it comes to job security.

“I’ve heard stories. Like, you can’t be safe”, he told Aditi Kinkhabwala on 93.7 The Fan yesterday, audio of which is not currently available as of this writing. “I’ve just heard many stories where, I don’t know, I guess dudes do pretty good and still get cut, so I don’t ever want to plan. There’s never a moment where I’m like, ‘Okay, I’m good’”.

Warren was one of those dudes who did pretty well in training camp but wasn’t one of the dudes who got cut. Even though there was a point during training camp when he was forced to carry a football around with him after having some fumbling issues.

Asked if he felt secure yet after consistently getting playing time and routinely hearing coaches talk about how they want to get him on the field regularly, he said, “I don’t think so, because I’m undrafted”.

For Warren, he’s a short, stumpy back without basically any elite athletic traits. But when he runs, he looks like a bowling ball. Yet he refuses to believe that he does anything that any other running back in his position would do under the same circumstances.

Kinkhabwala vociferously disagreed with his own assessment of his performance, and rightfully so, because while he still needs to improve his play-to-play consistency, he has authored many fine runs, and runs after the catch, this season that demonstrate genuine talent beyond a replacement-level player.

More than that, he is also a complete player with the ability to run the football, catch it, run after the catch, and diagnose and deliver in pass protection at a high level. Pass protection is actually probably what he does best.

And it says a lot for an undrafted rookie to be trusted to be the team’s pass protector for their rookie first-round franchise quarterback. But that’s a role they allow Warren to play. So he should think about that whenever he doubts his place on this team. There may be no greater level of trust in a running back than that.