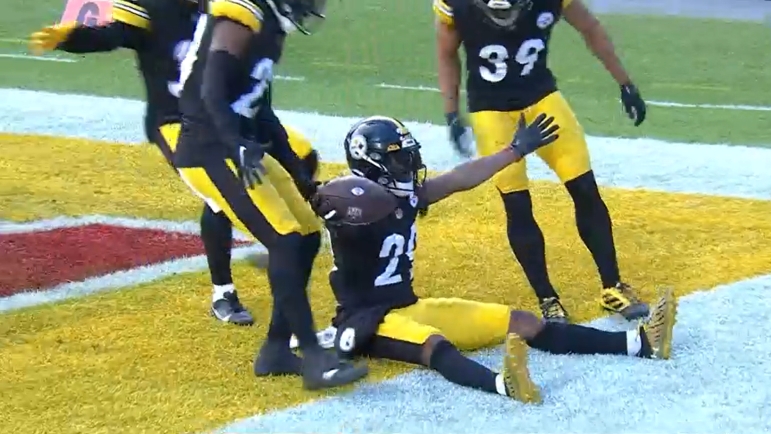 The Pittsburgh Steelers had a bit more money to burn last year than usual in free agency. They didn’t exactly go hog wild, but they certainly put themselves out of the running for any compensatory draft picks with their additions, starting with two offensive linemen, James Daniels and Mason Cole.

A subtly significant addition, however, proved to be cornerback Levi Wallace, added on a two-year, $8 million pact. It took him just a bit to get his footing, but he ended up having a career year with four interceptions and 13 passes defensed. Hopping on The 33rd Team podcast with Joshua McMillon and Mac Hereford, he summed up his first season in Pittsburgh:

Pittsburgh was cool, man. Coach [Mike] Tomlin is super dope. You hear the stories about just how cool he is, and he really is. And then just being in a new city, it’s different, but it is a bigger city than Buffalo in terms of restaurants, people, and things to do. I enjoyed it, man. The season didn’t go as we planned. We started off slow and then we ended on a high note, so we want to carry that momentum into next year, but all in all, I can’t complain. I got my health. I had a great season, career-high four interceptions, and I got to play with Mink again, so that was super fun. But all in all, it was cool.

Stories about how ‘cool’ Tomlin is have become both exhaustive and exhausting for many, granted. When Wallace was asked to compare him and his former college coach, Nick Saban, he said that Tomlin would be able to go to the hood and kick it.

But this is one player’s story about his first year in Pittsburgh, after spending four years with the Bills in his first stop in the NFL as a college free agent out of Alabama. And the story of a player who will be under Tomlin again in 2023, at least, considering he signed a two-year deal.

Wallace didn’t even play significantly on defense at Alabama until arguably his senior season in 2017, but that year he intercepted three passes in 14 games, returning one for a touchdown, also registering five tackles for loss on a national champion team with current teammates Minkah Fitzpatrick and Najee Harris. Wallace actually had more picks that year.

But combined, the two ‘Bama points picked off 10 passes in the black and gold together in 2022, each of them individually setting new career highs. Fitzpatrick had six and was named a first-team All-Pro for the third time in his career.

Wallace did not start a game for the Steelers until week four, with Ahkello Witherspoon playing ahead of him early on. While the latter struggled, it was an injury that solved the problem. Wallace played extensively after that, and should figure to be one of the favorites for a starting role in 2023.