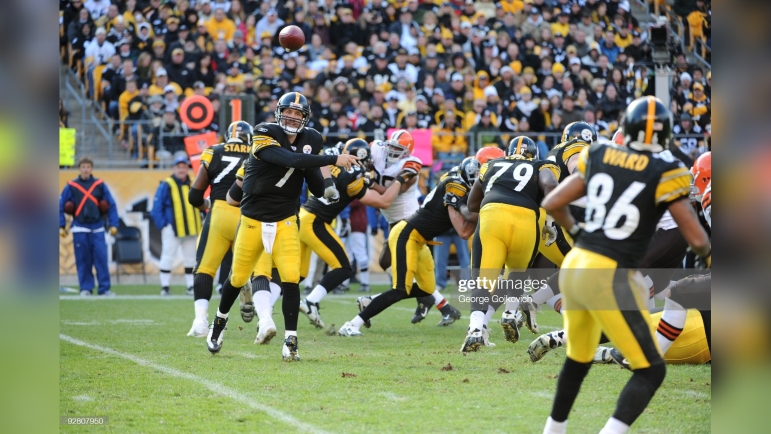 Former Pittsburgh Steelers wide receiver Hines Ward remains a fan favorite, and not without good reason. I imagine, however, that he is more respected as time goes on by those who watched him play than younger fans who grew up in the current era, because he played in a more run-heavy offense.

While he says that he wouldn’t trade the career he had for anything, however, he does acknowledge that he would have loved to have had more opportunities to show off his receiving talents and catch more passes—and in the latter stages of his own offense with Ben Roethlisberger at quarterback

“I envy all the guys that [played] when Ben started to take over the reins and start calling his own plays, and the game has changed where the smaller receivers were able to get off the ball now”, he recently told Jim Rome. “I would’ve loved that. I would’ve had [a] crazy amount of catches”.

.@MVP86HinesWard on what attracted him to coaching in the XFL, his Hall of Fame case, why there are no WRs like him anymore, the wild spectrum of emotions involved in winning Super Bowl MVP, why he's the "modern day Forrest Gump" and much more.

It’s not as though his career was uniform, however. There was an ebb and flow to his percentage of usage, depending on the quarterback, the coordinator, and the other primary receivers. He saw a career-high 160 targets in 2002, for example, with what at the time was a team record of 112 receptions. He finished second that year to Marvin Harrison.

He had 156 targets a year later, but once Roethlisberger was drafted and they exited the ‘Tommy Gun’ offense with former XFL standout Tommy Maddox, the targets dwindled by half. He saw 108 in 2004, then 114 in 2005. They only trended higher toward the end of his own career with 147 targets in 2009 when he was 33 years old.

Had he come out of school a decade later, he could have been playing with the Ben Roethlisberger willing to target him 200 times in a season. But he didn’t. And he’s fine with that, even if he used the word ‘envy’ earlier, which he didn’t seem to mean with sincerity.

“It is what it is”, he said of his role in the passing game over the course of his career. “I don’t get envy. I just look at it, to be in comparison with Lynn Swann, John Stallworth as one of the greats to wear the black and gold, that’s all I really cared about”.

While he may or may not eventually join those former Steelers in the Hall of Fame, he was still a very prolific player in his own right. He retired with 1000 receptions for 12,083 yards and 85 touchdowns. Longevity plays into that, but there’s nothing to sneer at.