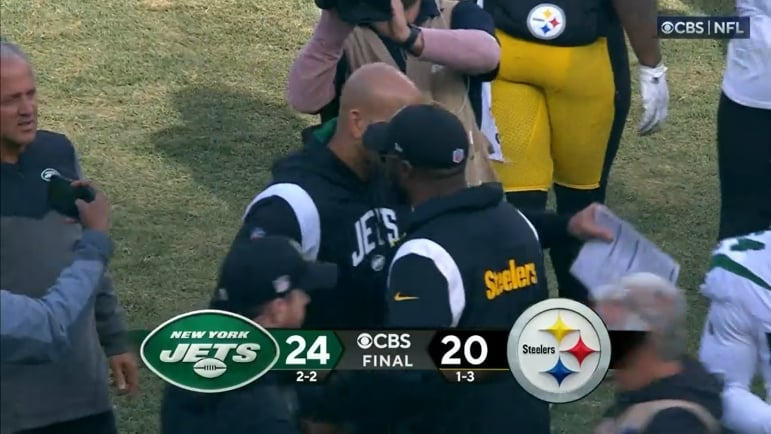 As it turned out, winning seven out of your last nine games of a season doesn’t necessarily amount to much if you only win two of your first eight. The Pittsburgh Steelers were handed a stark reminder yesterday that every game played on the 17-game schedule counts equally against your win-loss record, and they simply had too many in the right column early on no matter how much that stacked the left as the fall gave way to winter.

For the 15th time in his 16 seasons, head coach Mike Tomlin had a meaningful Week 17 to play, in the sense that they still at least had a chance to make the postseason by the time they kicked off and were not mathematically eliminated.

While they took care of business on Sunday, it wasn’t enough, because they didn’t get the help they needed. Including arguably from the team who handed them their most agonizing defeat of the year, the New York Jets, whom they needed to at least draw with the Miami Dolphins. Former Steelers head coach Bill Cowher’s post-game commentary on CBS sums it up.

“Bottom line is games matter early in the season”, Joe Starkey transcribes Cowher as saying during the broadcast, for an article with the Pittsburgh Post-Gazette. “For the Pittsburgh Steelers, they can go back and think about some of those games they lost early”.

As mentioned, perhaps no loss haunts the Steelers and their fans more than the one in Week 4 to the New York Jets—the one during which Tomlin plugged in rookie quarterback Kenny Pickett at halftime, scoring two touchdowns and giving the defense a 10-point lead with 14 minutes to play before they blew it.

To Zach Wilson, a quarterback New York has benched multiple times this season, including yesterday, when they opted to start Joe Flacco at quarterback when Mike White was ruled out for the game due to a rib injury. Flacco only led New York to six points for the whole game. They scored 14 on Pittsburgh’s defense in 14 minutes.

Of course, that wasn’t the only game that got away. While there were some blowout losses, for example to the Buffalo Bills and the Philadelphia Eagles, they were at least in most of these games and couldn’t finish the job.

Three interceptions by Mitch Trubisky in the loss to the Baltimore Ravens remains galling. Pickett’s own interceptions in the fourth quarter against the Dolphins were hard to watch. The Gunner Olszewski fumble against the New England Patriots and the Nelson Agholor touchdown over Ahkello Witherspoon just before halftime—any of these events going the other way could have put the Steelers into the playoffs.

Just 3-5 before the bye instead of 2-6 would have made a world of difference. But it didn’t happen that way, so it’s on to next year. A year, we can only hope, that sees a Steelers team far more ready and complete in the first half of the season than they unsurprisingly proved to be in 2022.