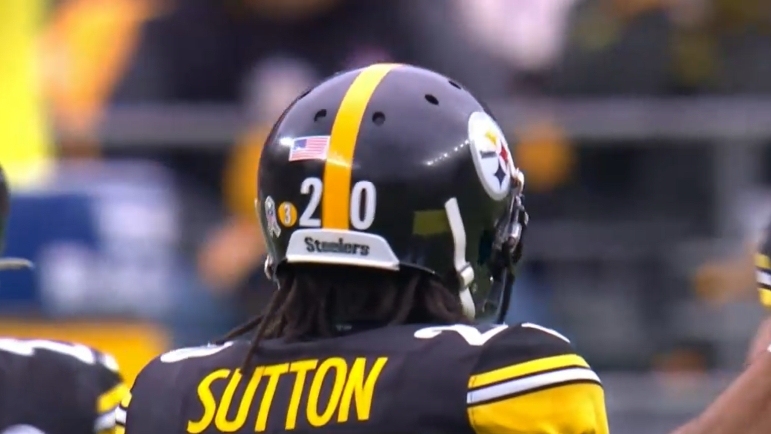 Coming off of a career year, veteran cornerback Cameron Sutton is in line for a large payday this offseason.

Playing in 931 snaps defensively for the Pittsburgh Steelers in 2022, Sutton was the top cornerback on the highest-paid defense in the NFL, working his way from a chess piece-like cornerback that could play the boundary and in the slot into the Steelers’ top cover guy, dealing with the opponent’s No. 1 weapon every week on the boundary.

On the year, the soon-to-be 28-year-old finished with a 72.2 overall grade from Pro Football Focus, including a 73.6 run defense grade and a 71.0 coverage grade. Sutton finished the season with 43 tackles, three interceptions and a career-high 15 passes defensed, allowing just a 6.71 quarterback rating when targeted and just a 49% completion percentage.

Those are elite-level numbers from Sutton, a former third-round pick out of Tennessee in the 2017 NFL Draft.

Now, he’s in line for a significant payday this offseason, landing at No. 3 overall at the cornerback position in PFF’s free agency rankings Thursday, right behind the likes of Tampa Bay’s Jamal Dean and Philadelphia’s James Bradberry and just ahead of Minnesota’s Patrick Peterson and New England’s Jonathan Jones.

“Sutton quietly continued to excel in a Pittsburgh coverage unit that was otherwise very exploitable this season, with 2022 being just his second season as a full-time starter on the outside,” PFF’s Brad Spielberger writes regarding Sutton’s ranking at cornerback. “Sutton signed a two-year, $9 million deal in 2021 that he outplayed in 2022, earning a 71.0 coverage grade and allowing just 411 receiving yards — the ninth fewest among cornerbacks with at least 400 coverage snaps on the season.

“Sutton’s versatility as a defensive back who can still line up in the slot when called upon provides added value for interested teams, as well.”

Great job by Cameron Sutton sniffing out this WR screen on the RPO. Bad pass obviously helped some. Almost got picked on the deflection. #Steelers #NFL pic.twitter.com/ljq7G2evy0

Sutton was phenomenal in 2022 and was quite a pleasant surprise, at least in terms of his ability to handle the true No. 1 role on the boundary, settling in rather nicely into the role. After struggling to develop some corners in the last decade or so, at least ones that they drafted, Sutton has been a clear success for the Steelers.

Based on his play in 2022 and how important he was to the secondary, he has to be the top priority for the Steelers this offseason, ensuring he doesn’t hit free agency. What that deal eventually looks like with Sutton and the Steelers is anybody’s guess, but he can’t be allowed to walk, especially in a relatively light, older cornerback class in free agency.

His versatility allows the Steelers to do quite a bit defensively, much like Minkah Fitzpatrick does. He might not be the biggest name, but his play was rather impressive in 2022 and has quietly put himself in the upper echelon of cornerbacks in the NFL in recent seasons.

Cannot state enough how great of a play Cameron Sutton made on the game-sealing INT. Responsible for deep third, does a great job of flipping hips, getting depth and then racing from outside numbers to the hash for the diving INT. Absurd play from the #Steelers CB. pic.twitter.com/tahUFsEy6B