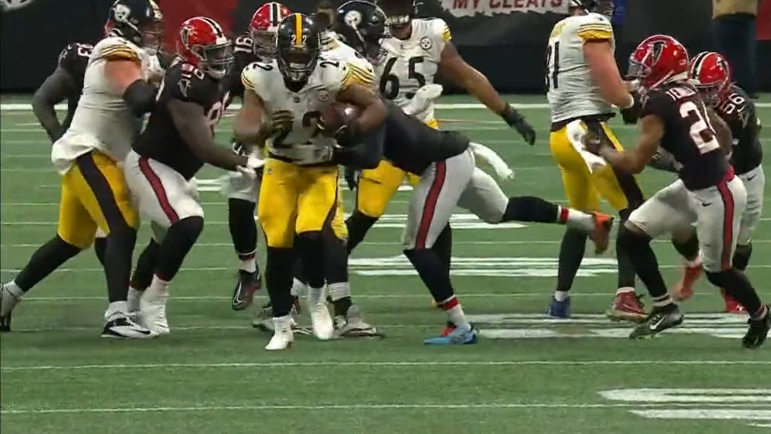 Topic Statement: The Steelers will have a more run-oriented offense in 2023.

Explanation: In many ways, the Steelers already did last season, at least by the end of it. They ranked pretty high in rushing attempts, rushing yards, and even rushing scores after the bye week. But doing that consistently throughout an entire season is another story.

They will run more because it’s working more. They’ve run the ball more when it was working, even when Ben Roethlisberger was here, and less so when it’s not. Head coach Mike Tomlin has not been the type of coach whose mindset is to run the ball until it works. Whatever works is what he goes with, and the run game worked by the end of last year.

From games 9-17, the Steelers had the second-most rushing attempts in the NFL with 310 carries. They had the fifth-most rushing touchdowns and the sixth-highest first down rate, as well as the seventh-most rushing yards with 1314.

There’s no reason they can’t continue to build on this with Najee Harris and Jaylen Warren as their young and growing ball-carriers. The biggest difference should hopefully be an offensive line that will be better next year, with potentially both internal growth and outside reinforcements.

The Steelers ran the ball more because that’s what they needed to do to turn the game around. It was also because they knew that they needed to keep scoring down so they tried to limit the number of possessions, and thus scoring opportunities, per game.

The hope is that the passing game, and their ability to hit on field-flipping explosive plays, will take an equally big step forward next year, meaning the ball will be in Kenny Pickett’s hands more often. After he entered the starting lineup, in the 11 games he started and played in extensively, he attempted a total of 375 passes.

That’s an average of about 34 pass attempts per game. That might sound like a lot to you, but it’s really not in these days. That wouldn’t even crack the top half of the league’s passers last season. And his pass attempt numbers declined in the second half of the year.

Part of that is obviously because they were winning more often. So you’d also have to be confident that they’ll be winning more games in 2023 if you believe that they will have a more run-oriented offense.