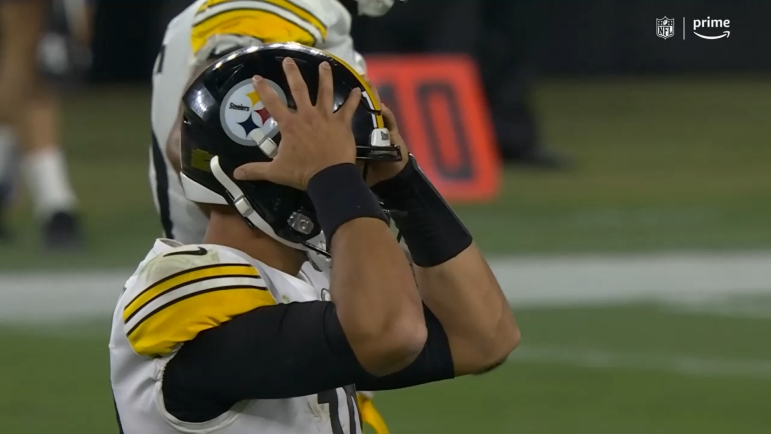 With the Steelers’ 2022 season unfortunately now in the rearview mirror, a 9-8 campaign that came up short too late in spite of a strong second half, we now turn out attentions to the offseason, and the many decisions that will have to be made over the course of the next several months.

Topic Statement: The Steelers should release Mitch Trubisky with his $8 million base salary whether he wants to stay or not.

Explanation: The Steelers signed Trubisky as a free agent last year with the expectation that he would be able to start, unsure of whether or not they would land a quarterback in the first round. Once they took Kenny Pickett, it was clear that the veteran’s clock was already ticking. While $8 million is not record setting for a backup, he has undesirable incentives in the event he has to play. This is not about whether or not he wants to be in Pittsburgh, to be clear. Make a football decision.

Let’s talk backups, shall we? Trubisky is the most expensive backup in the league, unless you include Sam Darnold, who ended up starting, and the difference between the APY of the two is negligible. He made more than Teddy Bridgewater, Tyrod Taylor, Jacoby Brissett, Case Keenum, Joe Flacco, and on down the list. He made more than Geno Smith. More than Colt McCoy and Nick Foles and Andy Dalton.

How much better is Trubisky than Dalton or Darnold or Bridgewater? How much should we even read into the games he played after his benching? He made some desperation third-and-long completions against the Buccaneers, but that’s like hitting a trick shot. The smart money isn’t on a repeat performance. And he threw three interceptions against the Ravens. You need your backup to not lose the game for you.

We don’t know what’s coming down the chute. Right? We don’t even know for sure that Pickett is going to be great. He flashed as a rookie, but what if he doesn’t develop? He wouldn’t be the first quarterback to do little in his second season.

Beyond that, Trubisky does have some ability, which he showed last year. He was very limited while in the starting lineup, trying not to lose the job before he lost it, and he was also the guinea pig to play behind an offensive line that hadn’t come together yet. He also had no run game.

$8 million is obviously on the high side for a backup quarterback, but when you have a rookie starter, you can afford that. It’s a nice luxury that the Steelers can afford to pay that price for a quality backup, one who is also a good influence in the meantime on Pickett.