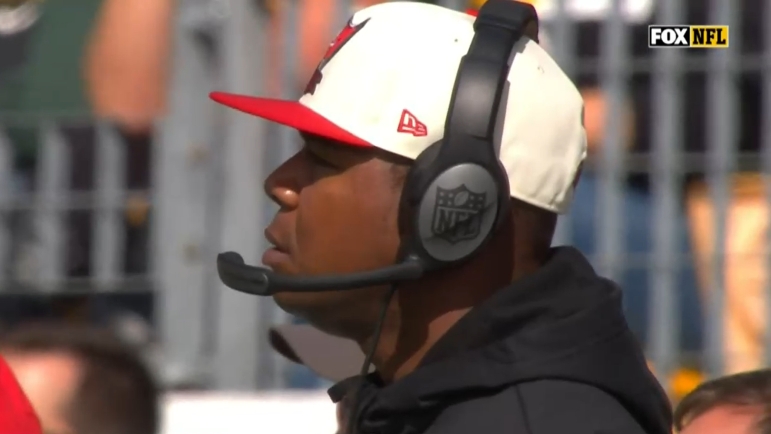 As is annual tradition in most NFL cities, Pittsburgh Steelers fans in 2023 are clamoring for their guys to make a change at offensive coordinator. We still don’t know definitively whether or not that will happen, but most of the signs seem to be pointing toward no for the time being.

Another season with Matt Canada might be more than some can handle, including those who would like to see former Steelers quarterback and current Tampa Bay Buccaneers offensive coordinator Byron Leftwich in the city. But former Buccaneers beat writer (and former Steelers Depot contributor) John Ledyard cautions against thinking that’s some major upgrade.

Asked point blank yesterday on 93.7 The Fan if Steelers fans should want Leftwich as their new coordinator, he said, “I don’t know why you would. I mean what’s the argument, for one? Just that he won a Super Bowl? That would be my question”.

“He didn’t show any ability to grow.”

It was pointed out that being better than Canada is a low bar to clear, to which he responded, “Well, if you look at it that way that’s a possibility”. But he also gave credit to the second-year coordinator for actually showing some ability to adapt over the course of the year.

“He took some level of feedback and altered what he’d done, and that is my primary concern with Byron Leftwich”, he said. “He runs [Bruce] Arians’ offense and he really just hasn’t changed anything. And this year it’s like, ‘Oh, you’re gonna run all the same stuff?… Sure, we’ll just sit on those and we’ll break on every throw and we’ll make life miserable for your receivers on top of the routes’”.

“He just didn’t show any ability to grow and he hasn’t over the past three years, and that would be my primary concern with him”, he added.

The point may be moot, anyway, as even though there was a report that Leftwich was going to be fired, Buccaneers head coach Todd Bowles told reporters that no decision had been made about the offensive coordinator yet.

Tampa Bay averaged just 18.4 points per game during the 2022 season, scoring five more points than did the Steelers. They had the second-most passing yards, but the fewest rushing yards, and ranked in the middle of the pack in touchdown passes, last in rushing scores.

Oh, and they had Tom Brady as their quarterback. They did average more than 30 points per game in 2020 and 2021—before Arians retired as head coach. Yet Arians has claimed that it is Leftwich who runs the offense, not him, and even promoted the notion that Leftwich would be a head coach in the NFL before long.

Would the Steelers really be better off with Leftwich as their offensive coordinator, and if so, how much better off? One of the chief criticisms of Canada’s offense is that it is perceived to be as limited and inflexible, yet according to Ledyard, that is exactly Leftwich’s problem.