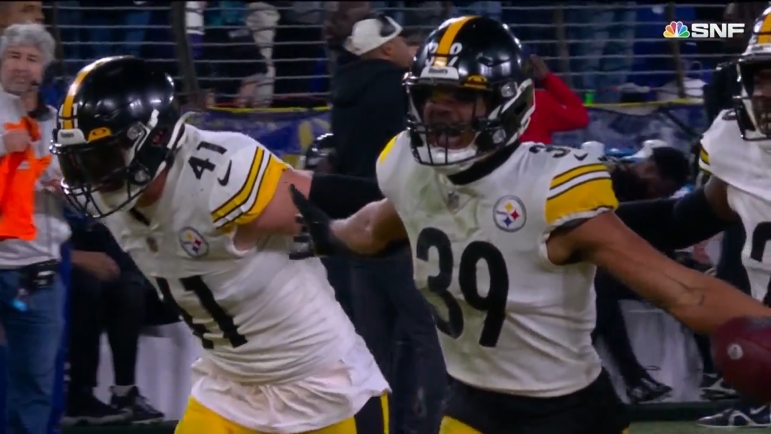 Reasoning: After a season wrongly, in my estimation, deemed a disappointment individually in 2021, safety Minkah Fitzpatrick stormed back in 2022 to have arguably his best season to date, finishing the year sharing the league lead in interceptions with a career-high six, along with 11 passes defensed and 96 tackles.

With it now being Monday, I’m going to start shifting the focus of this column for the time being to longitudinal evaluations, giving broader overviews of players’ seasons or trends within the season rather than focusing on narrower and more immediate concerns. More short-term stock evaluations will be included when relevant and will be noted in the explainer for each.

But we might as well begin with the Steelers’ season MVP, safety Minkah Fitzpatrick, who has simply been great since the team first acquired him in 2019. He’s more than paid off the first-round pick that they gave up for him.

While Fitzpatrick performed at a high level as a coverage safety, however, including playing the ‘robber’ role to great success on several occasions, it should not be forgotten that he is a complete football player. His open-field tackling ability may be among the best in the NFL among secondary defenders.

Had he not missed two games, he almost undoubtedly would have posted back-to-back seasons with 100-plus tackles. Now, you don’t want your free safety to be making 100 tackles, but the fact that he is capable of doing it speaks volumes.

Fitzpatrick is a captain of this team in every way but formal title, and that’s only because the leadership room is already crowded with Cameron Heyward and T.J. Watt. But there’s no question about the fact that the locker room looks to him for leadership whether he has a title or not. He leads not only by example but through words as well.