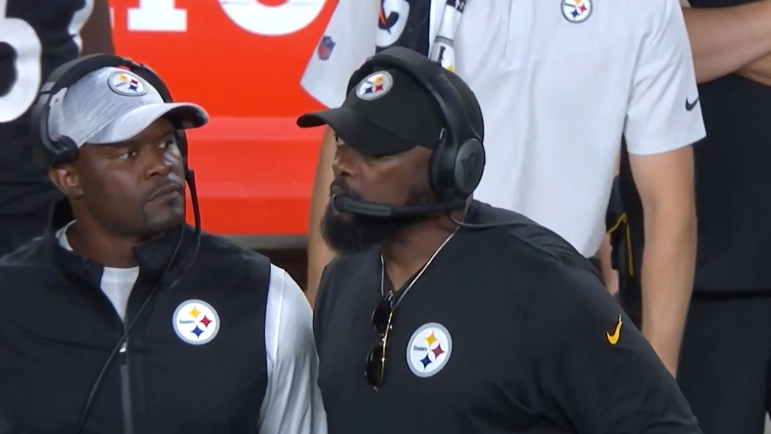 According to Albert Breer, the veteran NFL reporter at this time anticipates that Steelers senior defensive assistant Brian Flores is the frontrunner for the Browns’ defensive coordinator position, now vacant after having just fired their coordinator at the end of the season.

Flores spent the past few years as the Dolphins’ head coach before being fired a year ago. He interviewed for a number of head coaching positions but took this job under head coach Mike Tomlin while, um, suing the NFL. The lawsuit remains ongoing, and it’s not entirely clear how that might affect his job prospects.

While there are already head coaching vacancies, to the best of my knowledge there have been no firm reports that any of the teams seeking a head coach have submitted interview requests. But it has been reported that he has “other offers” in addition to the Browns’ defensive coordinator position.

It’s impossible for us as outsiders to quantify the impact that Flores had on the Steelers this year, but he has consistently been spoken of in the highest of terms by players and coaches and there have been allusions to him having a larger role than simply coaching up linebackers.

There’s no question that what Flores ultimately wants is to be a head coach again. He would presumably have a better path back to that position as a formal coordinator rather than as a more ephemeral ‘senior defensive assistant’ without clearly defined responsibilities.

But his coming to Pittsburgh was about more than just having a job for 2022. I’m inclined to assume that he likes being here within the organization and with Tomlin and with this group of players, having guys like T.J. Watt and Cameron Heyward and Minkah Fitzpatrick at his disposal. And yet, they have their defensive coordinator in Teryl Austin. And they have their head coach. There’s no upward mobility here.