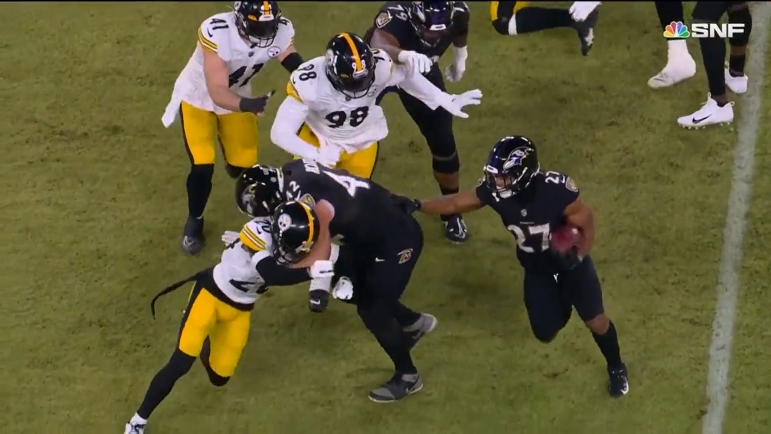 Drafted in the third round in 2022, DeMarvin Leal is only heading into his second season after playing 175 snaps as a rookie across 11 games. He missed time in the middle of the year while on the Reserve/Injured List, but was able to log 15-plus defensive snaps in the majority of the games in which he played.

The young Texas A&M product is undeniably talented. Surely the Steelers drafted him believing that he has the physical capability of developing into a starter. But a starting role has to be earned, and there has to be an opportunity.

It’s realistic that there could be an opening as soon as this year, as 2022 starter Larry Ogunjobi, a potential one-year rental, is going to be back on the free agent market come March. They paid him $8 million to play last year, but he’ll be looking for a more long-term (and more lucrative) deal this go around.

That doesn’t mean they won’t sign somebody else. Or they could even use a first-round draft pick on a plug-and-play starting defensive lineman. I think we can safely assume that he won’t simply be handed a starting job, though he may be presented with the opportunity of earning it.

That said, it’s no guarantee that it ever happens. His game is still raw in certain areas. There are even questions about whether he should gain weight and stay as a lineman or try to drop weight and play as a hybrid player or outside linebacker.

Leal was only 21 years old when the Steelers drafted him. He’s a young man in need of maturation in numerous areas, as basically everybody would be at that age. He will be the author of his own story, in the long run. But of what has been written so far, where do you think it’s heading?