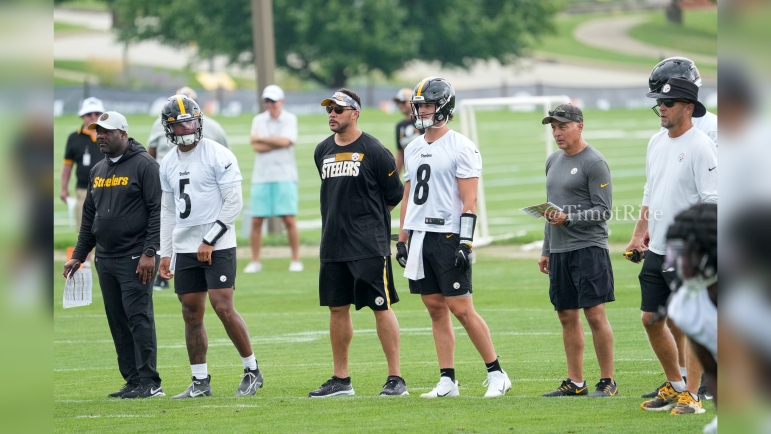 Question: How much can the offense grow in 2023 under Matt Canada?

The Steelers organization (somewhat) formally confirmed yesterday that they will be retaining Matt Canada as offensive coordinator for the 2023 season, this coming directly from the head of the team’s PR department, Burt Lauten.

It has predictably not been very well received by many Steelers fans who were hoping to see the team make a change on the coaching staff this offseason. Canada has been criticized more than most offensive coordinators of the past, with more scrutiny about his play-calling and game plans than has been typical coming from national media outlets.

But there were a lot of changes in the offense from one year to the next, and we saw some signs of improvement over the course of the 2022 season. That came particularly with respect to the offense’s ability to extend drives and to protect the football, but there remain significant deficiencies in red-zone performance and explosive-play capability.

And so with the knowledge that Canada will be here for another year, the question that we have to ask ourselves today is, how much can the offense realistically grow over the course of the 2023 season without a change at the coordinator position?

Canada himself is still relatively new to the role of offensive coordinator in the NFL, so one can argue that he still has room to grow in his own role. This will only be his third season in the job. But there’s no question that he has a lot to prove this year, or else he’ll undoubtedly be looking for work in 2024.