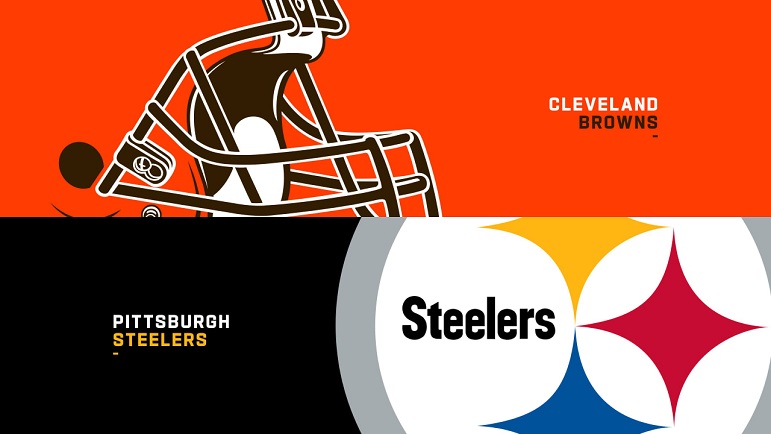 At the end of the first half the three important games’ scores are as follows:

The Steelers quickly move down the field with three straight plays for good gains. Pickett to Diontae Johnson to make it 3rd and 1. Gunner Olszewski on the jet sweep to convert. Olszewski hobbled off the field after the play.

1st and 10, to Najee Harris for 8 yards. 2nd and 2, Harris for another 9 yards. Denzel Ward and Reggie Ragland out injured for the Browns. That is significant.

On 1st and 10, Najee rushed for just one yard. On 2nd, Pickett tossed the ball away after rolling out with nothing downfield. 3rd and 9, Pickett sacked. Another dud in the red zone. Field goal is good. 13-7 Steelers.

Both the Dolphins and the Patriots are in scoring position for the go ahead score.

Skylar Thompson now in the medical tent on the Dolphins' sideline https://t.co/JY5ZJBC9jW

TJ Watt sacked Watson, but the next play Watson scrambled for a big gain and a first down.

On 2nd, Robert Spillane registered an 11 yard sack. Watson got up and ran for a first down, but his elbow was down so that’s the play. 3rd and 18, Damontae Kazee intercepted the football. Excellent read and react by Kazee. He saw that from a mile away.

What a read by Damontae Kazee. 20 INTs for the Steelers this year. #Steelers pic.twitter.com/ne0MjdcOVo

On 3rd and 3, Pickett complete to Warren for the first down. 1st and goal. Najee Harris punched it in for the touchdown. 20-7 Steelers.

The Browns with the ball back, 3rd and 9, TJ Watt and Alex Highsmith split a sack on Watson. The punt was downed at the 32 yard line.

The Bills returned their second kickoff of the day for a touchdown. They lead the Patriots by 11 points in the final minutes of the third quarter. Meanwhile in Miami, the Jets tied the game 6-6 at the start of the 4th quarter.

On 3rd and 10, Pickett incomplete to Jaylen Warren. Pressley Harvin III’s punt downed at the 23.

The Browns are driving on the Steelers now. In the redzone, on 1st and 10, Chubb up the middle for two yards. On 2nd, Watson was sacked by Cameron Heyward. They call roughing the passer. A terrible cupcake penalty. An officiating disgrace. Watson found Chubb in the end zone. 20-14 Browns.

Another look at the BS roughing call on Heyward #Steelers #NFL pic.twitter.com/vQP4q9w23k

Heyward is going to be playing angry if and when the Steelers defense gets back out on the field. Look out, Cleveland.

The kickoff resulted in a touchback. Connor Heyward gained 9 yards and Najee converted the next play.

Freiermuth holding his leg after the play. That doesn’t look great.

On 2nd and 10, Pickett took a deep shot to George Pickens, but it was slightly overthrown. On 3rd and 10, George Pickens made yet another insane catch with a defender all over him to convert.

Back in 3rd and long, Pickett to Connor Heyward in the middle of the field for 27 yards.

On 1st and 10, Najee Harris up the middle for about two yards. On 2nd, the pass was deflected at the line of scrimmage. Another 3rd down conversion to Connor Heyward.

On 1st and goal, Jaylen Warren up the middle. On 2nd, Pickett to Heyward, but Heyward couldn’t secure the catch in the end zone. On 3rd and goal, incomplete, but pass interference will give the Steelers a fresh set of downs.

Derek Watt up the middle for a touchdown. Steelers go for two and Diontae Johnson catches the end zone fade. 28-14 Steelers.

Another sack for Cameron Heyward. The Steelers are on track to keep the Mike Tomlin no losing season streak alive.

The Jets called for a horse collar tackle. That puts the Dolphins very close to game-winning field goal range. The Steelers chances are fading away right before our eyes.

The Dolphins took a 9-6 lead with less than 30 seconds remaining in the game. A 50+ yard field goal keeps the Steelers out of the playoffs. Unreal. The Steelers end their season winning 7 of the last 8, but it wasn’t enough.