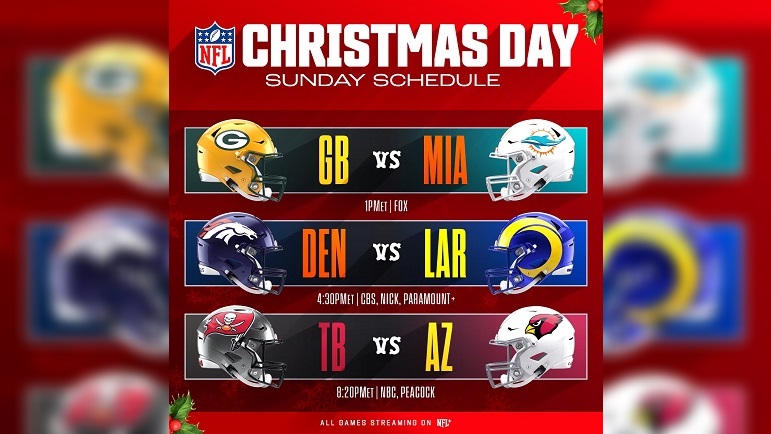 This 2022 Christmas Sunday will feature three NFL games in total as part of Week 16. This Sunday action comes on the heels of a huge slate of Saturday games that culminated with the Pittsburgh Steelers beating the Las Vegas Raiders at home. As we all enjoy our Christmas, we’ll have one main game discussion thread rolling throughout the day for yinz to check in on.

This game thread will have a rolling Twitter feed that will include videos, play highlights and news from the three Sunday games. Inactives for those three games are also included in this post should you need to know them.

If you’re rooting for the Steelers to make the playoffs, you’ll definitely want to for the green Bay Packers to beat the Miami Dolphins in early afternoon action on this Sunday. The other two games on Sunday include the Los Angeles Rams hosting the Denver Broncos and the Arizona Cardinals hosting the Tampa Bay Buccaneers. Those two games, however, have no bearing on the Steelers’ playoff chances.

Happy holidays and thank you all who have decided to stop by this thread on this Week 16 Christmas Sunday.