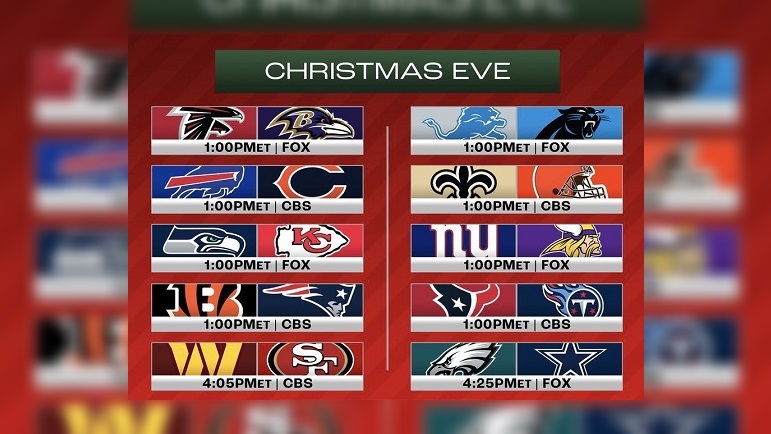 This 2022 Christmas Eve Saturday will feature a huge slate of NFL games as part of Week 16. In total, 11 games are on tap for this Saturday with final one being the Pittsburgh Steelers hosting the Las Vegas Raiders at night. As we count down the hours until the Steelers play the Raiders, we’ll have one main game discussion thread rolling throughout the game for yinz to check in on.

This game thread will have a rolling Twitter feed that will include videos, play highlights and news from all 10 of the Saturday afternoon games. Inactives for all 10 of those games are also included in this post should you need to know them.

If you’re rooting for the Steelers to make the playoffs, you’ll definitely want to cheer for the Cincinnati Bengals and Houston Texans to beat the New England Patriots and Tennessee Titans, respectively, today.

Happy holidays and thank you all who have decided to stop by this thread on this Week 16 Saturday. We look forward to bringing yinz complete coverage of the Saturday night game between the Steelers and the Raiders.