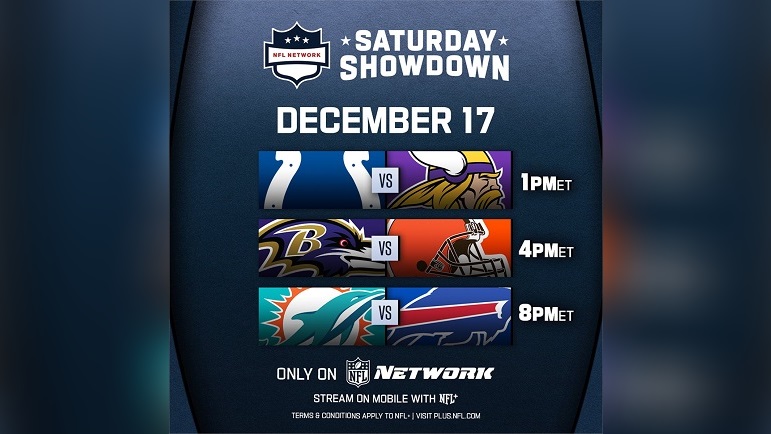 The Pittsburgh Steelers will play the Carolina Panthers on the road on Sunday and as we gear up for that contest, there are three Week 15 games to watch on this Saturday to keep us entertained.

The Saturday triple header on NFL Network will get underway at 1:00 p.m. ET with the 10-3 Minnesota Vikings hosting the 4-8-1 Indianapolis Colts. At 4:30 p.m. ET, the 5-8 Cleveland Browns will host the 9-4 Baltimore Ravens in a key AFC North matchup. Finally, the Saturday nightcap will include the 10-3 Buffalo Bills hosting the 8-5 Miami Dolphins in a key AFC East matchup.

As usual, we offer this thread/post up to those of you who wish to discuss the games on this Saturday, and I have added a live Twitter feed that should update throughout the evening and include video highlights and news from the three games. The inactives for the three games will also be included below once they become known.

Have a great Week 15 Saturday and thank you for stopping by the site today.