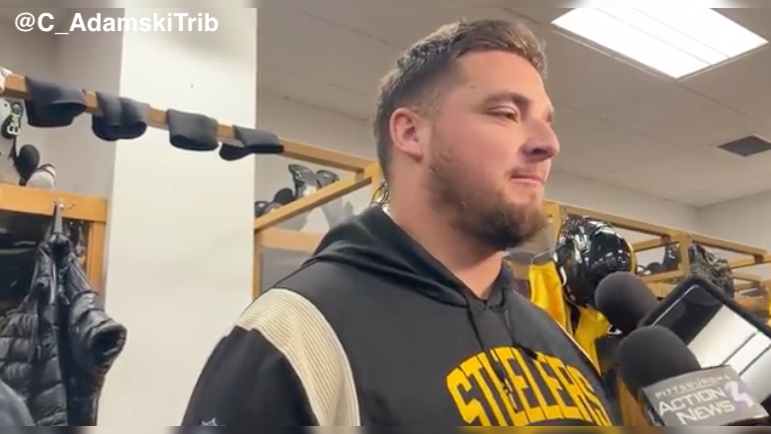 When the Pittsburgh Steelers and Las Vegas Raiders hit the field for Christmas Eve’s Week 16 matchup at Acrisure Stadium, it’s going to be one of the coldest games in recent history on the North Shore.

According to Weather.com, it will be roughly nine degrees at kickoff and will feel like it’s around zero degrees with some snowfall throughout the game. Maybe we’ll have a white Christmas after all, and maybe the Steelers really will have some homefield advantage in December thanks to the weather.

For Steelers center Mason Cole, who spoke with reporters Thursday from inside the locker room at the UPMC Rooney Sports Complex on the South Side, he’s looking forward to the frigid temperatures and really getting to experience December football in the Steel City.

“That’s December football. It’ll be exciting, man. It’ll be cold, it’ll be good,” Cole stated to reporters, according to video via the Tribune-Review’s Chris Adamski. “Nothing better than it being Christmas Even and being cold and hopefully we can get a W.”

Should there be snowfall and it stick on the ground, there will be nothing more aesthetically pleasing than the Steelers wearing their 1970s throwbacks while taking on the Raiders in their white jerseys and silver pants with snow on the ground in a late December, primetime football matchup.

Mason Cole on playing in frigid weather on Saturday pic.twitter.com/VzPgrJSgX5

For Cole, who spent the first four seasons of his career playing his home games inside enclosed stadiums in Arizona and Minnesota, getting a chance to truly experience December football will be quite the experience. Though there may be some external concerns about being able to execute offensively in the frigid temperatures, Cole added to reporters that he’s not worried overall with the Steelers’ ability to operate offensively like normal in the cold temperatures.

“I don’t know what it’s like to throw the ball in the cold or anything, but I don’t think it will affect us much,” Cole stated to reporters, according to video via Adamski. “I think we’ll be able to operate at a high level.”

After having great success offensively in Week 15 with a run-heavy attack in Carolina, the Steelers would be wise to replicate that type of attack on Saturday night against the Raiders at Acrisure Stadium, especially with rookie quarterback Kenny Pickett making his return to the lineup.

Running the football at a high rate of success and playing smash mouth football will be good for the Steelers against a Raiders team that doesn’t travel or play well historically in the cold, especially with Derek Carr under center.

Derek Carr is 0-6 when the temperature is under 38 degrees.

Never threw more than 1 TD or led the Raiders to 20 points in any of those games.