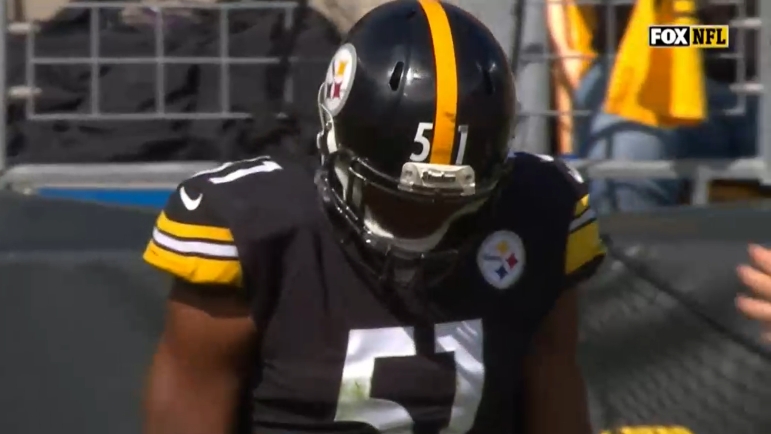 When the Pittsburgh Steelers signed veteran linebacker Myles Jack early in free agency in March, the decision makers for the black and gold believed they found their answer at the inside linebacker position, especially with Devin Bush back fully healthy and Robert Spillane trending more towards a starting role.

Entering the 2022 season, head coach Mike Tomlin and defensive coordinator Teryl Austin stated multiple times that they believed they had three starting linebackers in Jack, Bush and Spillane, allowing them to get all three guys involved in the game.

Through 13 games though, it hasn’t gone the way many expected it would.

Jack has 100 tackles on the season to lead the team, while Bush has 72 and Spillane has chipped in with 43 on the season. The tackling numbers look solid overall, but the linebackers haven’t created much splash at all this season for the Steelers defense, which seems to be trending in the wrong direction in recent weeks against the run.

On the season, the trio has just seven tackles for loss, 1.0 sack (Spillane’s) and just 10 passes defensed on the season. The tackle for loss numbers are rather alarming, considering the linebacker aren’t shooting gaps and making plays at or behind the line of scrimmage at a high enough rate.

Those struggles drew a question for Austin Thursday during his weekly media session. Asked by a reporter why there’s a lack of splash plays from the inside linebackers, Austin stated he wished he could attribute it to something, stating that the group is putting in the work but just isn’t seeing the return on the field, according to video via 93.7 The Fan’s Jeff Hatthorn on Twitter.

“I wish I could attribute it to something,” Austin stated to reporters Thursday, according to video via Hatthorn. “I know we work. The guys work hard, they’re just not making the plays. We look for something. You’d love splash plays. Turnovers, they give the team momentum, they stop the other team’s momentum, all those good things.

“We just haven’t been getting them. Hopefully these next couple weeks we can get some things going. But we just haven’t and it hasn’t occurred. I wish I had an answer for you.”

As Austin stated, there’s not really a good answer as to why it hasn’t occurred.

Some could point to the actual talent at the position being the reason for the lack of splash plays. Very few would argue against it.

Fact of the matter though is the Steelers aren’t getting the impact plays from the inside linebacker room like they have in the past when the defense was playing at a high level. That will likely lead to the Steelers attempting to fix the problem in a big way once again in the upcoming offseason, whether that’s in free agency, through the draft, or both.

When the Steelers defense is at its best, they have a great pass rush and a good inside linebacker duo. They haven’t had that since the days of Ryan Shazier and Vince Williams.