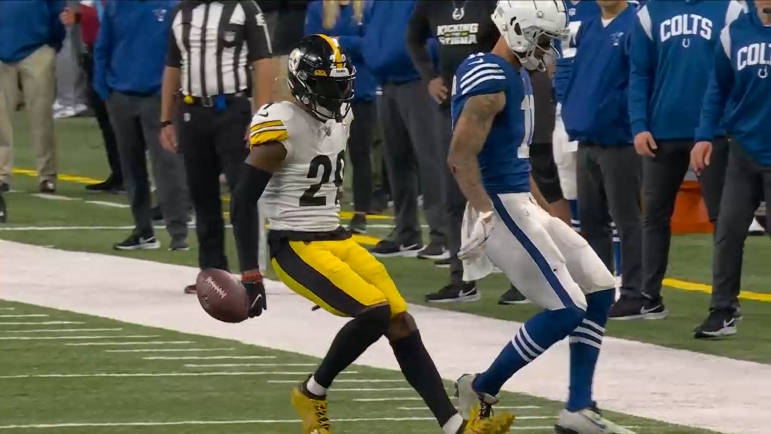 The Pittsburgh Steelers have allowed opposing offenses to convert on third down nearly two in five opportunities. Specifically, their third-down conversion rate allowed is 39.7 this year, which ranks 17th in the league, quite middle of the pack.

But that doesn’t reflect recent trends. In fact, since the bye week, the defense has only allowed nine total third-down conversions, three in each game, and never higher than 33.3% for one individual game. All told, they have only allowed a first down on 27.3% of their chances. That would rank first in the NFL for the season.

“I think we’ve been trending upwards. I know at the beginning of the year we were pretty terrible, to be quite honest,” defensive coordinator Teryl Austin told reporters yesterday via transcript about his unit’s third-down defense. “I think we’ve been gaining ground in that area; I think we have maybe one really bad game in the last, I don’t know, five or six weeks. But that’s an area that we think is going to continue to improve.”

We can actually go back further. Minus the awful Philadelphia Eagles game in which they allowed seven third downs on 12 opportunities, the Steelers have been a good third-down defense going back to their Week 6 victory over the Tampa Bay Buccaneers. Yet, they allowed no fewer than five conversions in every game in the first five weeks, allowing a conversion on 46.6 attempts in that span, which would rank fourth-worst in the NFL.

Going back to Week 6, and including that Eagles game, Pittsburgh has only allowed 24 third-down conversions on 73 tries, a conversion rate of 32.9%. That is very good and would rank fourth in the league over the whole season—just two-tenths of a percentage away from second, really. And that play continued on Monday against the Colts, allowing just three conversions on 12 attempts.

That included a sack on 3rd and 3 on the Colts’ first full position, after the two-play interception drive. They opened the game 0-for-2 on third down, finally getting a 3rd and 1 on their third possession, but Matt Ryan threw incomplete later on the drive on 3rd and 4 and settled for a field goal.

If the defense can keep up this level of play on third down while the offense continues to trend in the right direction, this team can actually win some more games this year and maybe even still finish with a winning record. They’d have to do no worse than split the season series with the Baltimore Ravens, however, in order to do that.