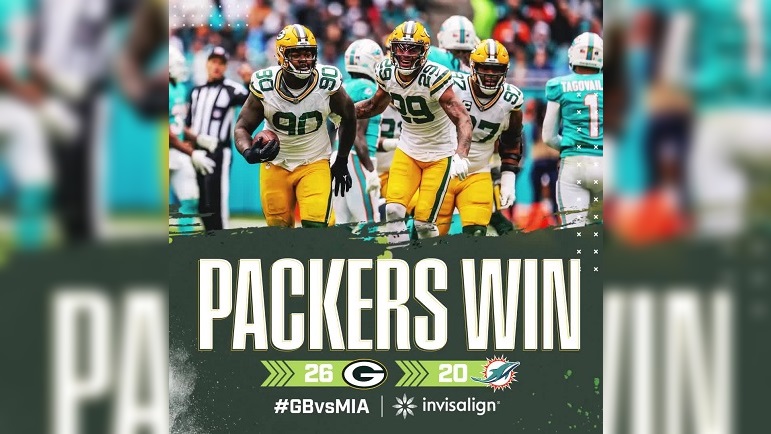 The Pittsburgh Steelers will remain in playoff contention through Week 16 thanks to the Green Bay Packers beating the Miami Dolphins in Sunday afternoon action.

The Steelers have had everything go their way in Week 16 so far and hopefully that continues Monday night. Should the Indianapolis Colts beat the Los Angeles Chargers on Monday night, three potential paths to a playoff spot will remain open.

Should, however, the Chargers beat the Colts on Monday night, they would secure one of two remaining playoff spots in the AFC. At that point, only one path would remain open for the Steelers and that one includes the Dolphins losing their final two games.

The Steelers obviously will need to win their final two games against the Baltimore Ravens and the Cleveland Browns to remain alive should ether the Chargers or Dolphins or both lose out.

With the Dolphins loss on Sunday, the Steelers now have a 3% chance of making the playoffs pending the outcome of the Monday night game. If the Chargers beat the Colts, the Steelers’ playoff chances will decrease to 2%, per FiveThirtyEight.

The Steelers entered Week 16 with just a .3% chance of making the playoffs. 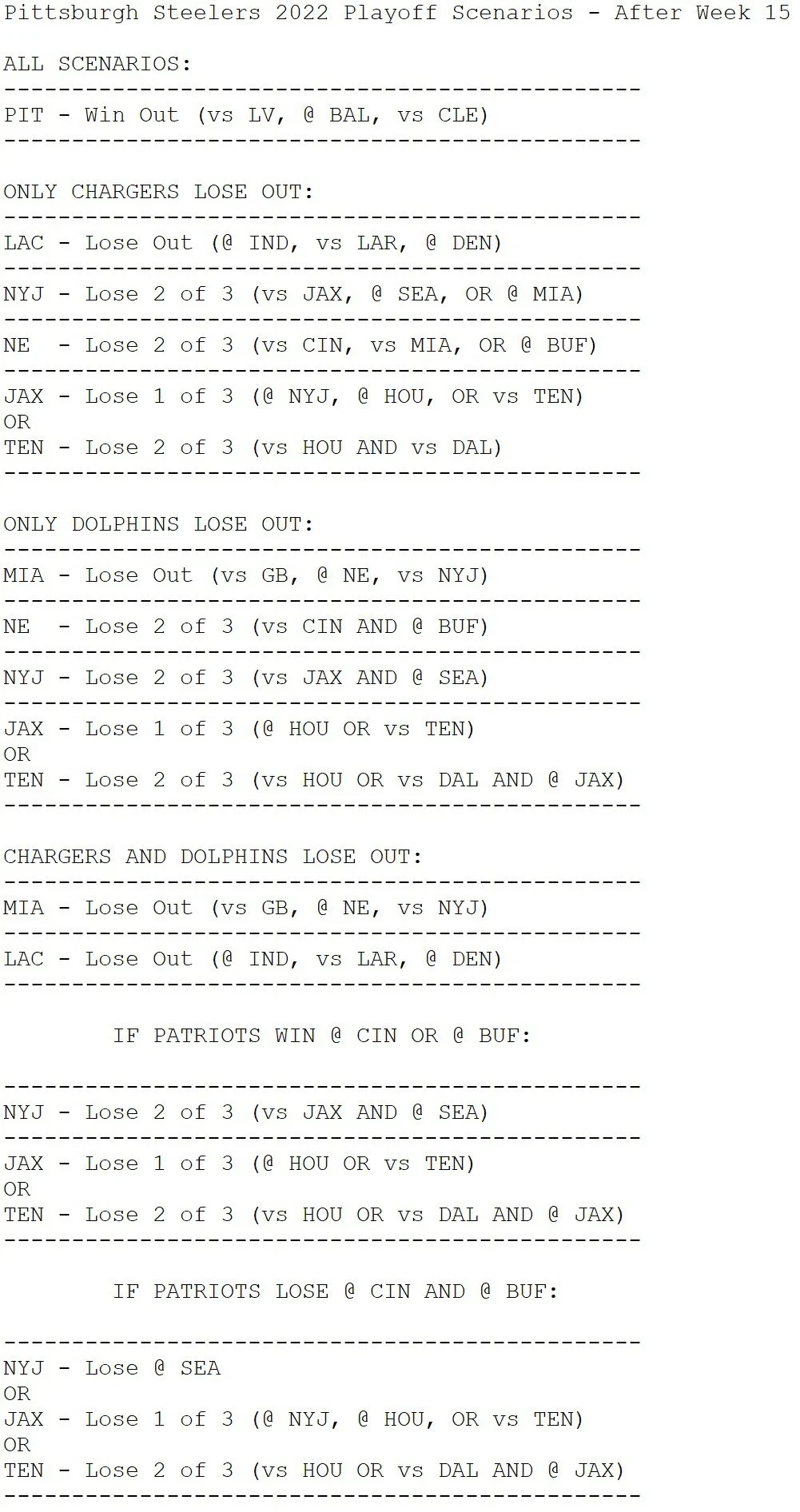