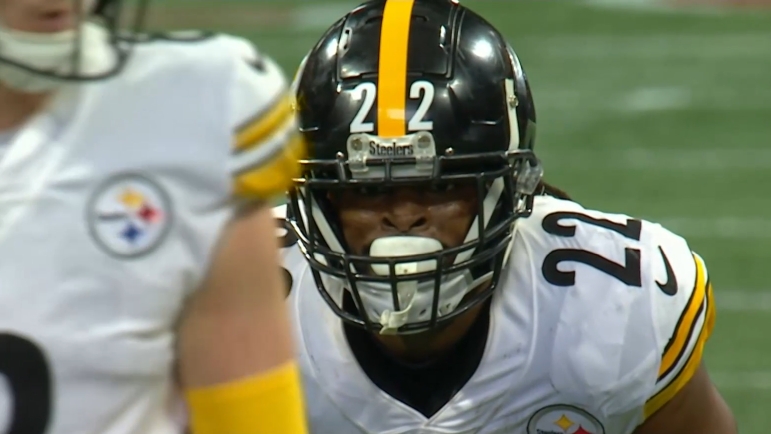 The Pittsburgh Steelers have had an interesting week of practice, to say the least. Oh, I’m sorry, did you think I was referring to the quarterback situation? No, I’m talking about the manner in which they have gone about trying to correct their recent lapses in physicality in the past couple of games.

Part of the response has been to slap on the pads. You’re only allowed to do so a handful of times during the course of the regular season, so teams must be sure to mete them out prudently, when they best serve their function.

Now was the time to do so after getting run over the past two weeks by the Atlanta Falcons and the Baltimore Ravens, and, in the words of starting running back Najee Harris, “It was really crunky”—which Chris Adamski of the Pittsburgh Tribune-Review takes to mean “chippy”.

While players would go on record to give specifics about what exactly occurred—right guard James Daniels would only tell Adamski that such crunky events strictly involved varsity-on-varsity skirkmishes—it does seem as though the tone was actually welcome.

“We needed it”, he quoted rookie linebacker Mark Robinson as saying. Of course, Robinson hasn’t played a defensive snap all season and has only dressed for two games, although with Myles Jack listed as doubtful, this may be his best chance yet of seeing some action.

And maybe, just maybe, he can help bring some crunkiness to a defense that has been lacking it. I know you fans have been wanting to see him get on the field for some time, even if only to get a sense of what they have in him.

I’m still not going to hold my breath, but I am with you in wanting to see what he can do, especially if Jack is going to be out. I don’t imagine Robinson getting some snaps is going to make it much less likely they will be able to win versus Robert Spillane getting more time.

I do know that defensive lineman Cameron Heyward was frequently at the center of the crunk back in his day, in the early portions of his career especially, something the offensive linemen didn’t always particularly care for.

And Daniels did say that it was varsity/varsity, so that means starters. Realistically, anybody could get chippy under the right circumstances so it’s not like we can rule anybody out. And perhaps it really doesn’t matter what happened or who was involved. If it was really bad we’ll be hearing more about it soon anyway.

In the meantime, just enjoy the crunky and hope that they can bring some of it with them to Carolina this weekend, because they’re going to need it.