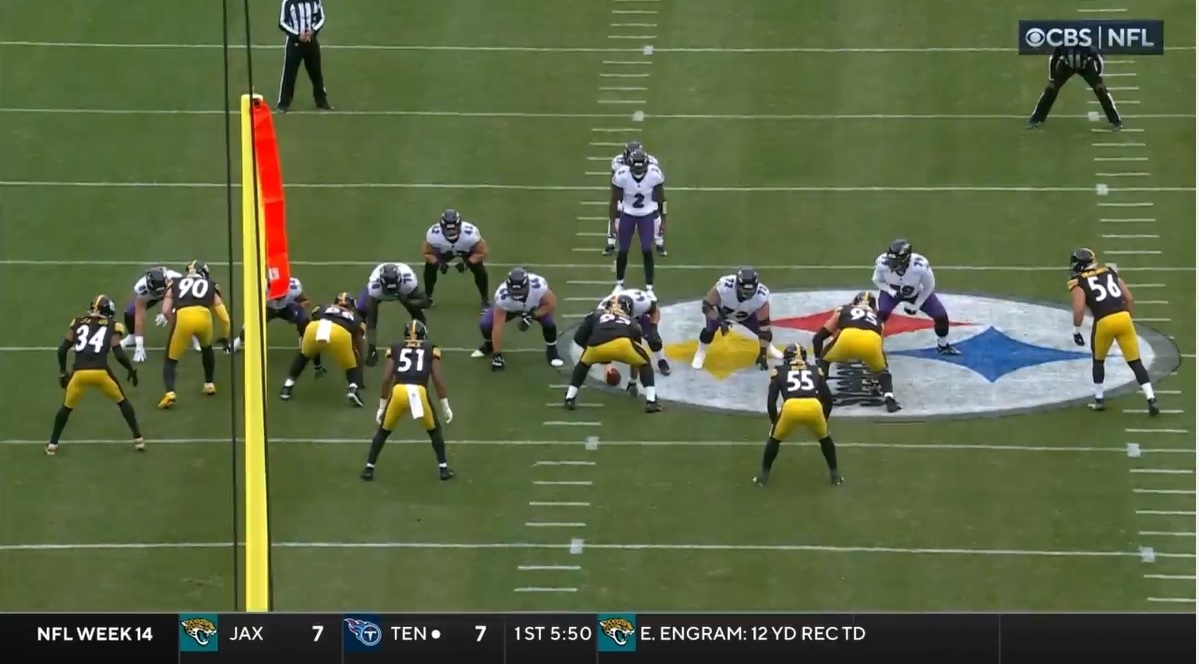 In a word, terrible.

That’s really the only way to sum up the performance the Pittsburgh Steelers had against the Baltimore Ravens Sunday at Acrisure Stadium in a 16-14 loss, which wasn’t as close as the final score insinuated.

Throughout Sunday’s matchup, the Ravens did whatever they wanted on the ground against the Steelers’ defensive front, rushing for 215 yards on 42 carries, taking advantage of a soft Steelers defensive front that couldn’t get off blocks or create any sort of penetration to slow down the likes of J.K. Dobbins and Gus Edwards.

JK Dobbins get gap blocks? Might not be fair when Lamar and Zeitler are healthy. pic.twitter.com/8GhAcM7egu

It was especially disheartening to watch the Ravens run the ball over and over again on Sunday late in the second half, including on a 13-play, 57-yard drive in which Edwards and Dobbins took over, leading to a 30-yard field goal from Justin Tucker to make it a two-score game. After the Steelers made it 16-14, Edwards put the game away from the Ravens by converting on 3rd and 3, allowing Baltimore to kneel the clock out, dropping the Steelers to 5-8.

That performance against the Ravens earned the Steelers an “F” grade from CBS Sports Monday morning.

“The Steelers’ loss was similar to their early season home losses to the Patriots and Jets,” CBS Sports writes regarding the Steelers grade. “In all three defeats, the Steelers lost low-scoring games after committing costly penalties. On Sunday, they committed three turnovers after not turning the ball over in their previous four games. Pittsburgh’s defense largely played well, but its inability to stop the run was ultimately the final nail in the coffin.”

While the way in which the Steelers lost to the Ravens Sunday was similar to how they lost games against the Patriots and Jets earlier in the season with the way they were able to run the ball at will, penalties were not an issue for the Steelers on Sunday the way CBS Sports writes that they did.

The Steelers were called for just two penalties in the game, one of which was ultimately declined. Penalties weren’t a problem, but the inability to stop the run down the stretch was a major reason the Steelers couldn’t beat the Ravens Sunday — outside of quarterback Mitch Trubisky’s three interceptions.

The “F” grade seems a bit harsh overall, but it’s not unreasonable from CBS Sports. Watching another professional team impose their will on the road against a team that prides itself on being physical and playing great defense was rather disheartening and just about sums up the Steelers’ season to date.