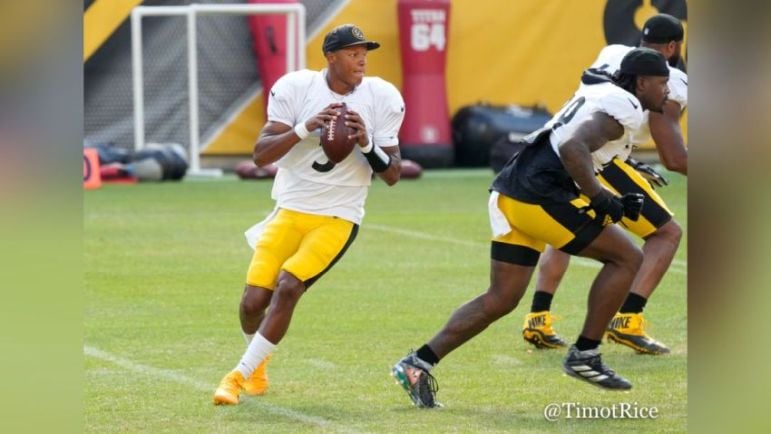 A feel-good story for former Pittsburgh Steelers’ quarterback Josh Dobbs. Now with the Tennessee Titans, he’ll be the team’s starter for tonight’s game against the Dallas Cowboys. It’ll be the first start of his career.

The move was first reported by Justin Melo and confirmed by NFL Network’s Tom Pelissero.

The #Titans are expected to start QB Josh Dobbs tonight, per source.

The #Titans are expected to start Josh Dobbs at QB tonight, as @JustinM_NFL said.

A onetime University of Tennessee standout, Dobbs signed off the #Lions practice squad last week and now will be making his first NFL start.

A fourth round pick of the Steelers in 2017, Dobbs appeared in only six games for Pittsburgh and attempted just 17 passes, never throwing a touchdown and being picked off once. He signed with the Cleveland Browns this past offseason as depth behind Jacoby Brissett while Deshaun Watson served an 11-game suspension. To make room for Watson once his suspension ended, Dobbs was waived. He was signed to the Detroit Lions practice squad in early December before being poached by the Titans eight days ago.

The Titans are giving Dobbs the nod over rookie Malik Willis, the team’s third round pick who has struggled through his rookie season, throwing zero touchdowns and three interceptions. The Titans are still in the playoff race but oddly have a meaningless Week 17 game. Regardless of what happens this week, the winner of Week 18’s game between the Titans and Jacksonville Jaguars will win the AFC South. It’s led the Titans to rest most of their starters including RB Derrick Henry to get ready for that pivotal finale.

Dobbs was a star for the Tennessee Volunteers in college, throwing 27 touchdowns his senior year in 2016 while leading his team to a 9-4 record and bowl win over Nebraska. Now, he’ll make his first start close to home in what should be a pretty special night.