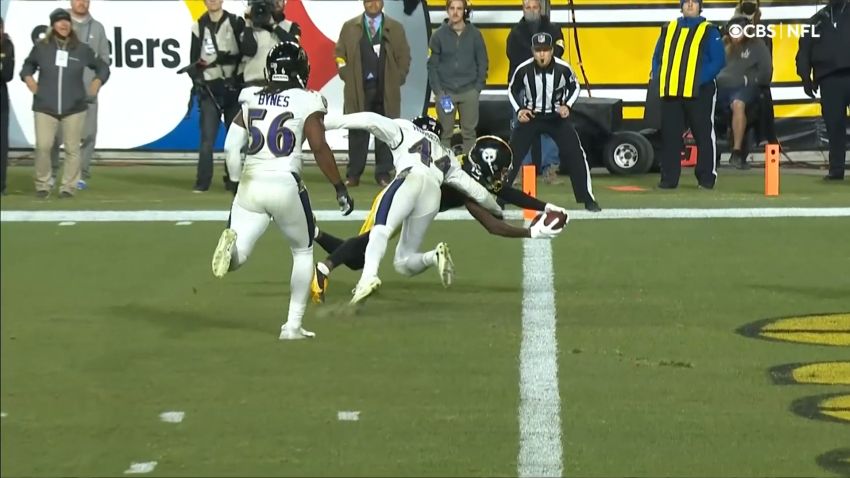 The Baltimore Ravens currently sit atop the AFC North standings by virtue of a head-to-head win over the Cincinnati Bengals, both of whom are 8-4 and three games ahead of the 5-7 Pittsburgh Steelers and Cleveland Browns. Baltimore may have its hands full preserving its lead this week, but it’s not for lack of motivation.

The Ravens are actually riding an active four-game losing streak against the Steelers. That’s one off the longest streak either team has ever had in the series going back to the very beginning back in 1996. The Steelers have twice won five in a row (once including a postseason victory), most recently ending in 2003. Baltimore had one four-game winning streak, including the posteason, from 2014 to 2016.

And they want to start a new winning streak of their own. In a hurry. It’s…been a topic of conversation this week, fittingly so, since they are about to play each other for the first time during the 2022 season, all the way in week 14.

“It definitely has been brought up, for sure”, Ravens safety Chuck Clark told reporters yesterday via the team website when he was asked about the fact that they have lost four in a row to Pittsburgh. “That’s the truth; you can’t hide from the truth and what the record has been. We have to go out there and change that”.

The record is obviously self-explanatory—the Steelers beat the Ravens in both games in each of the past two seasons. Last year, at least, that was enough to force Baltimore to finish the season with their first losing record since 2015, and to spare Pittsburgh of their first since 2003.

“Of course” those losses are fueling Baltimore heading into this one, outside linebacker Tyus Bowser added. “Nobody likes to lose, especially to the Steelers, so there’s definitely going to be tension there. But we’ve just got to take it one day at a time until we get to that moment and go out there and play our best ball and let the chips fall where they may”.

Meanwhile, the Steelers’ season rides on their ability not only to run their win streak up to five, but perhaps even up to six, if they have any chance of making the postseason. They are effectively three games out of a playoff spot right now with five to play, and two of those games are against Baltimore, so you do the math.