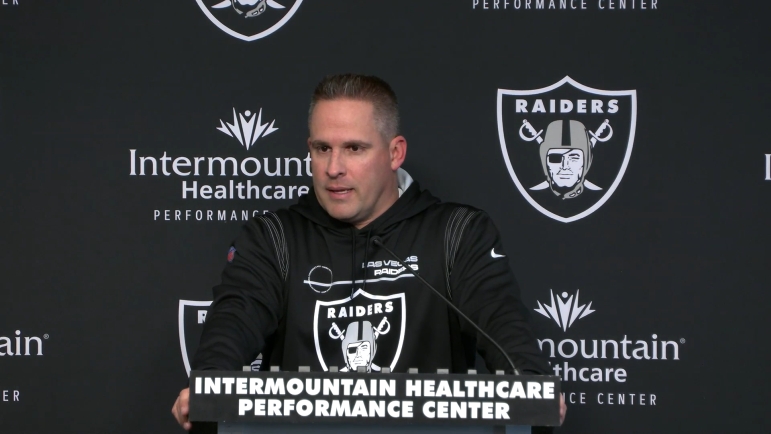 The 1972 divisional round wasn’t just the birth of the Immaculate Reception. It was also the birth of one of the great interdivisional rivalries in NFL history between the Pittsburgh Steelers and the Raiders, wherever they might have played.

Now in Las Vegas, the Raiders will be in Pittsburgh on Saturday, and despite what it might seem this week, the purpose is actually to play a game. Yes, it’s the 50th anniversary of the Immaculate Reception, and the stunning passing of Franco Harris in the midst of all hangs over the weekend.

But this is still about playing a game, and both the Steelers and the Raiders are still playing for something. Sure, their playoff hopes are distant at best, but they essentially die with a loss. And there’s no downside to beating your rival. Even Raiders head coach Josh McDaniels knows that in his first year with the team.

“It’s gonna be a big challenge” facing the Steelers”, he said yesterday. “A physical group on all three phases…This is a team that’s been in a lot of close games, very similar to us, that has a lot to play for. This’ll be a big challenge on the road”.

Speaking of the road, the Raiders are 2-6 on the road this year, and their two wins both came in overtime. And in both cases they had to score the final points in regulation in order to force the extra period. At least on a results level, they are not a team that has traveled well in 2022.

On the other hand, the Steelers are only 2-4 at home this year. They have two home games left and they must win both of them in order to avoid having a losing home record, which I believe would be for the first time in decades.

Of course, neither team can afford to lose any other game this year in order to avoid a losing record, as both sit at 6-8 and are constantly teetering on the brink of elimination from postseason contention. It’s highly likely that whichever team loses will in fact be mathematically eliminated.

The Raiders have actually scored nearly the exact same number of points as they’ve allowed this year, averaging 24.1 points per game. That’s good for 10th offensively, but 23rd defensively. The Steelers are much more varied, averaging just 17.9 points per game (27th) but allowing 22.1 (13th).

Both teams have been on the upswing, however. The Steelers are 4-2 since their bye week. The Raiders are 4-1 in their past five games. These are two teams who believe they have turned a corner and have every intention of finishing out this season strong. And neither can afford to lose—fitting stakes, perhaps, for the occasion of the anniversary of the Steelers’ first postseason win.