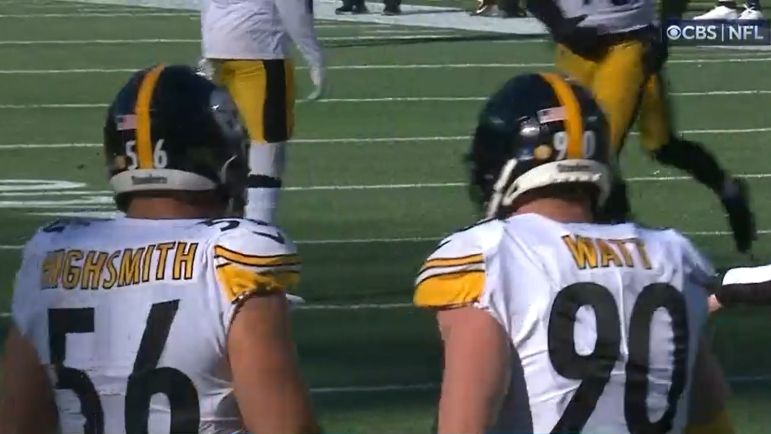 The Pro Bowl rosters were announced yesterday, which appears to be increasingly irrelevant with each passing year. The Pittsburgh Steelers had only two players voted in as starters. One was obvious. The other is kind of baffling, but also quite telling at the same time.

While we all knew that safety Minkah Fitzpatrick was going to be heading to the Pro Bowl, the fact that outside linebacker T.J. Watt still made it after missing half of the season and being something less than dominant since his return from injury speaks volumes.

And what does it say? Well, for one thing, it simply says just how good he is. The defense was awful when he was sidelined, to the point where people were (apparently not jokingly) saying that he should be getting Defensive Player of the Year votes. Sometimes noting speaks to your worth more than what your absence shows.

But it also simply highlights just how much of a popularity contest the Pro Bowl is. And that’s really saying something because Watt wasn’t even among the top 10 vote-getters for the fan voting. So that means it was the players and coaches voting (which account for two thirds of the vote) who pushed Watt over the edge.

The Reigning Defensive Player of the Year has four sacks on the season with 29 tackles, five tackles for loss, seven quarterback hits, four passes defensed, two interceptions, one forced fumble, and a partridge in a pear tree.

When is the last time that an edge defender was voted into the Pro Bowl with just four sacks? Yes, he’s only played in seven games, but it certainly feels undeniable that this was a legacy vote—and not because Watt isn’t still a fantastic player, obviously, but simply because he hasn’t played enough or healthily enough to justify the honor. Time played means something, and time played for that season.

What makes it all the more telling, perhaps damning, is the fact that the Steelers have another edge defender on the roster who deserved to make it. That’s Alex Highsmith, and the fans voted for him enough to make it. He finished third in the AFC in fan voting, but the coaches and players didn’t support him the same way, favoring Watt.

I suppose the question is, which voice is speaking louder here? The one that says Watt’s absence proved once again how great he really is by contrasting it to how they have performed with him? Or the one that says he’s just too good not to vote for regardless of what has actually transpired this year?

All I know is Watt will probably be the first person to tell you that Highsmith should have gotten his spot. And he probably will the next time he speaks to the media, because I have no doubt he’ll be asked about it. Note: Highsmith is listed as an alternate, so it’s possible that he still ends up going. But he should have been an outright selection.