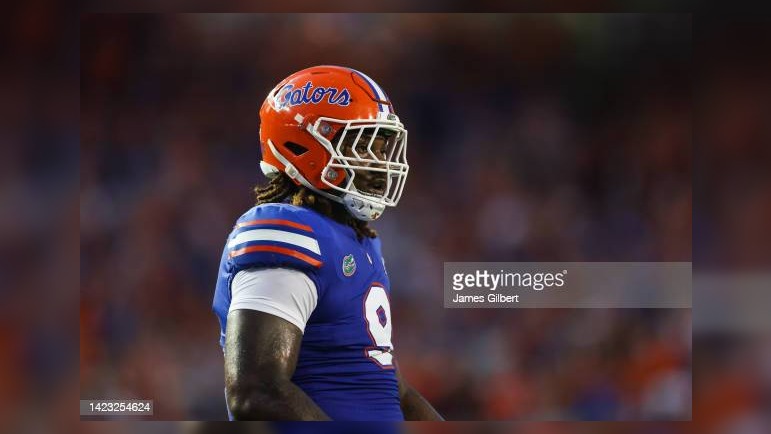 The Bearcats and the Cardinals travel to Fenway Pack in Boston, MA to face off in a heated battle for recruiting proposes as neighboring states.

The player to watch for the Bearcats is LB #0 Ivan Pace Jr. who is coming of a prolific campaign in his first season with Cincinnati. The Miami of Ohio transfer wanted to player with his younger brother Deshawn and picked up where he left off in the MAC, earning nearly every accolade in the book by racking up 119 total stops, 18.5 TFLs, eight sacks, a forced fumble, and four PBUs.

Pace lacks ideal size that you look for in linebackers at the next level (6’0, 239lb), making it likely that his draft stock may be suppressed this spring. However, he is an impactful player both as a run defender and a pass rusher and should become a quality rotational player at-worst with the chance to become a quality starter should he fit a defense’s scheme to let him run to the football.

For the Cardinals, keep your eyes on CB #13 Kei’Trel Clark. The 5’10, 177lb senior may lack ideal size like Pace, but Clark has been given a Shire Bowl invite and has been a quality player for Louisville the last four seasons. He has five INTs and 27 PBUs to his credit during his time in college, showing feistiness in coverage and a knack for undercutting the route when the opportunity presents itself. His size will give teams concerns about his physicality, but he has shown to be a willing and aggressive tackler. Likely a late pick or UDFA, Clark will have to prove to scouts he can still play on the outside despite his size or make the transition to the slot.

Kei’Trel Clark making it look easy for the Pick-6! pic.twitter.com/aQRSn9MwUH

While Primetime may be on his way out at Jackson State, the team will get to enjoy their season success Saturday in Atlanta when they take on NC Central.

For the Tigers, LB #45 Aubrey Miller Jr. is a sixth-year senior and likely UDFA that transferred from Missouri. Miller led Jackson State with 109 tackles last year and was recently selected to attend the Senior Bowl this spring. Miller rotates between linebacker and defensive end in sub-packages but will have to play linebacker in the league due to his size (6’2 225lb). Still, he is a physical tackler and could be a core special teamer at the next level.

The Florida Gators head west to Vegas to battle the Beavers on Saturday afternoon at Allegiant Stadium.

For the Gators, all eyes will be on DL #9 Gervon Dexter who is one high-ranking prospect that has chosen to play in their bowl game. Dexter was touted as a first-round lock prior to the season thanks to his impressive size (6’6, 312lb) along with his strength and power. He has long arms and can be a handful to block when he plays with technique and leverage, but struggled with consistency this season, having moments where the motor would run hot and cold. A talented player with the measurables you desire on the DL, Dexter will try and show scouts that he is still worth a Day One pick in his last game as a Gator.

Other Gators to keep an eye on in this matchup are OT #76 Richard Gouraige who stands 6’5, 308lb and good footwork, possessing the quickness to mirror side-to-side in pass protection as well as kick step to set the depth of the pocket as an ideal developmental tackle prospect. Along with Gouraige is LB #51 Ventrell Miller who is a quality off-ball LB, having the aggressiveness and stopping power to come downhill against the run as well as hold his own in pass coverage.

Ventrell Miller punches the ball out for a forced fumble 😤

One of the best LBs in CFB 🐊 pic.twitter.com/q4Y1r6iYCI

The Beavers have a defender that looks to be potential Day Three prospects in CB #2 Rejzohn Wright who is the younger brother of Dallas Cowboys CB Nahshon Wright. Rejzohn shares his brother’s length (6’2, 200lb) having four picks and 17 PBUs the last two seasons. His testing numbers could be the key factors that push him up draft boards given his enticing frame.

The Cougars and Bulldogs head to Inglewood, CA to duke it out in SoFi Stadium Saturday in the LA Bowl.

Washington State will have QB #1 Cameron Ward leading the charge for the Cougars offense. Ward transferred from Incarnate Word this past season and has enjoyed a stellar season in Pullman, throwing for 3,094 yards and 23 TDs to eight INTs. Ward could go back to school and while he could use another season in college to add more weight to his slender frame (6’2, 220lb), Ward has some traits you look for in terms of improving on the run as a passer along with timing and accuracy that could make him a Day Three prospect.

Cameron Ward putting on a show today for Washington State.

The way this QB class has played out, there’s an open lane for him to ascend.

Fresno State has their own prolific QB that intends to show out for scouts in this matchup with QB #9 Jake Haener. Haener had a down season in 2022, throwing for only 2,616 yards and 18 TDs compared to last season when he threw for 3,810 yards and 32 TDs. Still, Haener has shown that he can operate a spread offense effectively thanks to his accuracy and ball placement. He lacks ideal size (6’1, 200lb) for the position at the next level, but his football intelligence will help him get drafted and an opportunity to become a long-term backup in the league.

Two Conference USA squads face off in the LendingTree Bowl Saturday evening at the site of the upcoming Senior Bowl in Mobile Alabama. As of now, there doesn’t appear to be prospects from either school that expect to be drafted this coming spring.

BYU and SMU meet in Albuquerque, New Mexico Saturday night to battle one another in the New Mexico Bowl.

The SMU Mustangs have senior DL #40 Elijah Chatman leading things upfront for the defense. Standing 6’0, 291lb, Chatman is a bit of a tweener that may have a tough time getting drafted but has some traits as a pass rusher that may entice teams to sign him as a UDFA. Another player to watch is QB #8 Tanner Mordecai who has led the SMU offense for the last two seasons. A likely Late Day Three of UDFA, Mordecai does well operating the college spread offense, lacking top-notch arm strength and athleticism, but has enough of both to get the job done. He did rewrite the record books earlier this season, throwing for 379 yards and a whopping nine TDs to zero INTs in a single game.

The Cougars have OT #71 Blake Freeland playing in this game as a name to watch. The 6’8, 305lb junior has been highlighted as a potential early round selection in the 2023 NFL Draft thanks to his size, length, and athleticism, having the physical tools you want in a blindside protector. While fairly lean, Freeland generates good push in the running game, looking to crush opposing defenders in the second level if he is out on the move.

Blake Freeland (BYU LT) is a fun watch. Raw player that is still figuring some things out, but he's a good mover at 6'8" 305 pounds.

North Texas has the benefit of staying in-state for their bowl game against Boise State as the two teams will face one another in Frisco at Toyota Stadium.

The guy you need to watch in this matchup for both teams is Boise S #0 JL Skinner. Skinner is a long, lanky safety prospect (6’4, 218lb) that is built in a similar old to Cowboys safety Jayron Kearse. Skinner makes plays all over the field in coverage as well as when he is rolled up close to the LO with 36 total tackles five PBUs, and four INTs this season after having two picks, seven TFLs, and two forced fumbles last season. Skinner can be a box safety that uses his length to occupy passing lanes as well as cover tight ends in man coverage. In a safety class with no clear top dog, Skinner can climb to the top with a strong bowl game and good pre-draft testing.

JL Skinner with the clutch INT for Boise State!! pic.twitter.com/buDhD1IkQ9