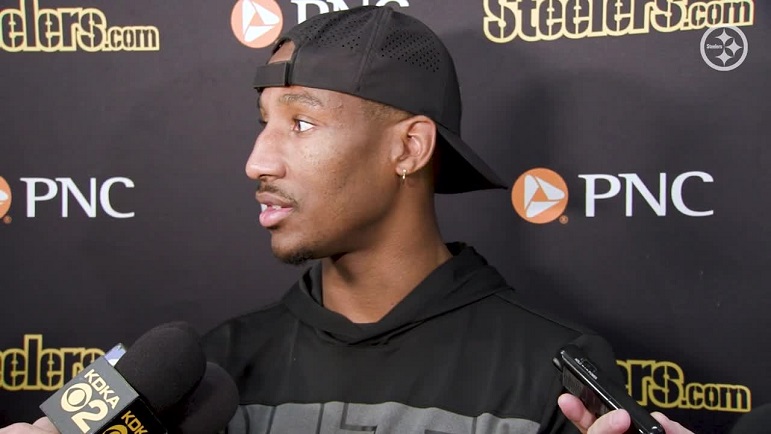 Sitting at 5-7, the Pittsburgh Steelers have more than a few fundamental problems. One of those problems is in the defensive backfield, as the team’s secondary ranks in the bottom five in pass yards allowed. Up until the last two games, the unit gave up more than a few big plays. Cornerback Levi Wallace, who is one of the team’s starters, was asked about this during a Wednesday press conference according to Steelers.com.

“It’s a week-to-week thing, can’t live in the past,” Wallace said when asked about the defense improving against big plays in the last two games. “We did some good stuff last week and the week before. We gotta keep moving forward in that direction and take the ball away.”

The Steelers have given up 55 big plays this season, which is tied for the second most in the NFL. While facing the likes of Buffalo Bills quarterback Josh Allen and other elite offenses has not helped, it remains a point of improvement.

The unit as a whole has indeed done a better job containing big plays in their last two outings against the Indianapolis Colts and Atlanta Falcons, albeit against two below-average passing attacks. That is, they gave up one big play to the Falcons in the two outings. For more perspective, this unit was allowing 277.3 pass yards per game going into the bye week, which ranked second-to-last in the NFL. In their last three games, they are only allowing 228.7 yards per game.

“I’m looking forward to the challenge,” Wallace continued on the team’s upcoming matchup against AFC North rival Baltimore Ravens. “Like I said, they have really good receivers. A lot of speed on the outside, especially with DeSean Jackson. And so you never know what you’re gonna get and how they’re gonna attack us, so we gotta be ready for it all.”

The Ravens are a well-known run-first offense and playing with their backup quarterback will likely only increase that tendency. Indeed, when the Steelers faced Ravens’ backup quarterback Tyler Huntley in Week 18 last season, he only had 141 yards. This is not to say that he is not capable, as he did pass for 270 yards against the Cleveland Browns last season. That said, this is a good matchup for the Steelers’ secondary in pass coverage on paper.

As for Wallace, specifically, he enters Week 14 of the regular season with three interceptions and 11 passes defensed to go along with 36 total tackles. He’s been targeted 60 times in coverage so far this season and has allowed 33 catches for 558 yards and two touchdowns, according to Pro Football Focus. Opposing quarterbacks have a 76.9 rating when targeting him this season.