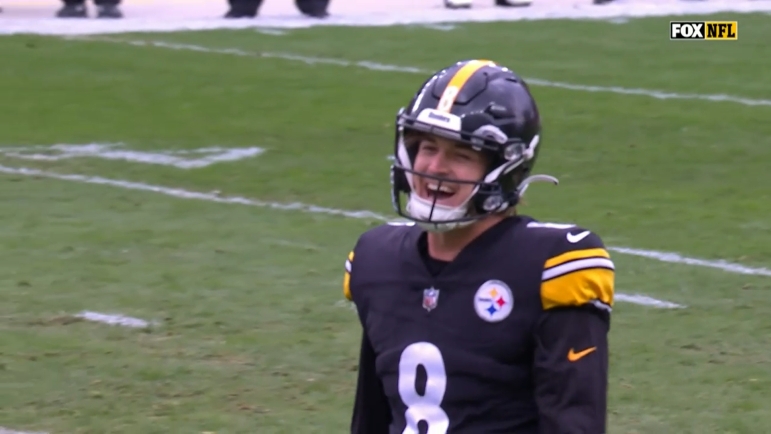 The Pittsburgh Steelers have clearly gotten better and grown as the season has gone on. That should hardly be a surprise when they are working wit ha rookie quarterback, especially one who was not formally prepared by the team throughout the offseason to be a day-one starter.

The growth of the team as a whole really largely mirrors that of rookie quarterback Kenny Pickett, the Steelers’ first-round draft pick this year. He played his first NFL snaps in week four and made his first start a week later. He’s now 4-4 as the starter of record, going 3-1 in his last four games. But there are some things he’s always had or developed early on.

“He learned really fast”, linebacker Myles Jack recalled to Aditi Kinkhabwala during an interview yesterday on 93.7 The Fan. “Going against him in 7-on-7 just throughout training camp and everything, watching him figuring out how defenses operate and looking at safeties, seeing what we’re doing on defense and then attacking that, Kenny grew up really, really fast. Like, it was kind of crazy to see how fast he picked things up and to kind of see where he’s at now”.

His numbers might not always jump out at you, but watching Pickett on film from his first few games to his more recent outings, you see the growth. He’s far from perfect, but his decision-making has been improving. He’s expanding his repertoire, both as a passer and even as a runner. And he’s generally taking greater command of the team.

Since the bye week, he has completed 79 of 128 pass attempts over the past four games, throwing for 835 yards with two touchdown passes and zero turnovers. In fact, the Steelers haven’t turned the ball over at all in that span. He also has 111 rushing yards on 23 attempts and another touchdown.

The team is still averaging over 23 points per game even after only mustering up 19 this past week. They are plus-13 in the points differential in that span as well, which isn’t too shabby especially when considering that this is historically the most contentious NFL season on record.

As we’ve talked about on here recently, the jury is still very much out when trying to answer the question of who Kenny Pickett is going to be as a quarterback. I do think he has the potential to be great. He could also be relatively pedestrian but just enough to get the job done and keep the winning seasons flowing more often than not.

But he’s shown a lot to hold your interest and make you wonder if there isn’t something to all this after all. And that didn’t just start recently, or since he got his first regular-season snaps. What we’ve seen and heard from and about him since the day he was drafted has all been leading to this.