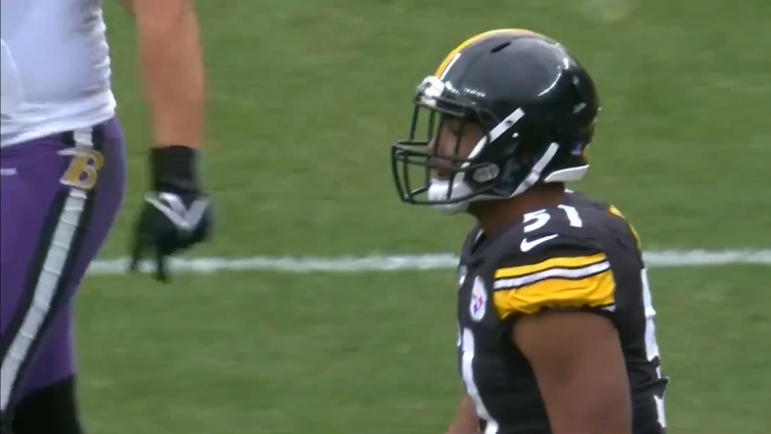 Great defenses want to be on the field in pivotal situations like the one the Pittsburgh Steelers faced in the fourth quarter against the Baltimore Ravens in a huge AFC North rivalry clash.

Great defense typically get off the field with a stop and get the football back to their offense in those situations. Make ni mistake about it: the Steelers defense believes it’s great and strives to be a great one.

They came up small in a big spot, allowing the Ravens to bully them in the trenches down the stretch, running the football at will to close out a 16-14 win over the Steelers in a game that the black and gold will be kicking themselves over for a long time after letting one slip away.

Though new to the rivalry overall, veteran linebacker Myles Jack knows the Steelers let one get away Sunday, calling the loss and the inability for the Steelers defense to do its job and get off the field late “devastating” and “heartbreaking.”

“It’s devastating, it’s heartbreaking,” Jack stated to reporters after the loss, according to video via Steelers.com. “That’s all we’re on the field to do is get that ball back to our offense and give them another shot. So, the game was in reach and they just got the first down when they needed it and we didn’t get the stop.

“It definitely sucks, for sure.”

After a 10-yard touchdown pass from Mitch Trubisky to Pat Freiermuth made it a 16-14 game, the Steelers defense just needed to find a way to stop the Ravens on the ground, something they hadn’t done up to that point.

Unsurprisingly, Pittsburgh couldn’t get that elusive stop on the ground as running back Gus Edwards powered for 4 yards on a 3rd and 3 behind fullback Patrick Ricard and left guard Ben Powers on the move off right tackle for the first down, clinching the win in the rivalry match for the Ravens.

Coming off of an offseason in which the Steelers invested quite a bit of money in the defensive front with the signings of Larry Ogunjobi, Jack, Montravius Adams and the drafting of DeMarvin Leal in the third round of the 2022 NFL Draft, the return on investment hasn’t been what it was expected to be as the Steelers continue to have issues stopping the run.

Those issues popped up at the worst possible time on Sunday with the Steelers on a roll and in the midst of climbing out of an early-season hole. The run defense came up small in a big spot and got pushed around at home. That’s demoralizing, heartbreaking, devastating…you insert your own adjective here.