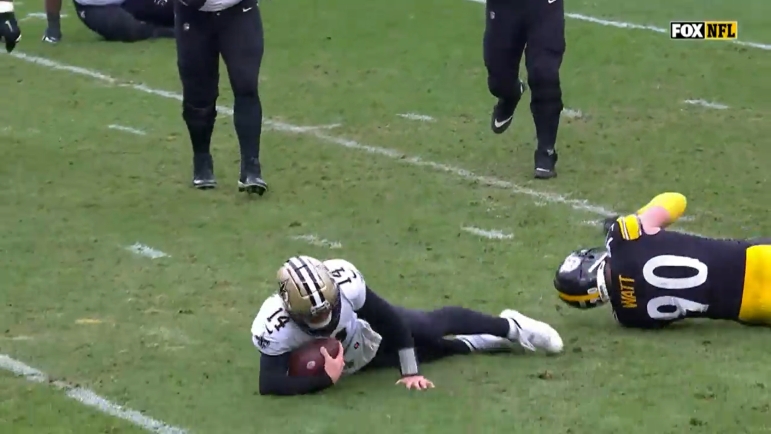 Pittsburgh Steelers outside linebacker T.J. Watt had two sacks by the end of his first career game in the season opener of his rookie season in 2017. He had three sacks in the opener the following year. It did take him until game four in 2019 to reach multiple sacks, notching a sack and a half then to give him two. He had two and a half in week two of 2020, and two in last year’s opener.

He’s still stuck on 1.5 sacks through five games played in 2022. Obviously that comes with a big, fat asterisk since he’s only played one game while healthy most of the way, suffering pectoral and knee injuries in the opener after having already notched a sack. But he’s been back, even at something less than 100 percent, for four weeks now and he’s only split a single sack.

“I would think it probably does” gnaw at him that he’s not registering sacks and finishing those plays, defensive coordinator Teryl Austin told reporters on Thursday via transcript. “I’m sure it does pain him not to be able to take the quarterback down because he knows how impactful that is on the game”.

He’s simply not used to this level of unproductivity. The last time he’s had a stretch of even three games without multiple sacks was in the first three weeks of the 2019 season, as previously referenced, and then he went nine consecutive weeks with a sack.

Watt has gone back-to-back games now without a sack, something that had not happened since 2018, amazingly enough. But then again, you don’t become the best defensive player in football without putting up numbers consistently, so that should hardly be a surprise, even if it is impressive.

The good news for the Steelers as a team, however, is that Alex Highsmith has picked up quite a bit of the slack. Trending toward reaching his own first Pro Bowl, he currently has 10 sacks on the year with five games to go.

The bad news is that Watt still isn’t healthy, as we have seen from this week’s practice report. Even when he returned from his pectoral and knee injuries, neither likely fully healed, he quickly suffered a rib injury that remains an ongoing problem.

It’s just not Watt’s year, unfortunately, from a health standpoint. That happens sometimes and all you can do is either try to play through it or sit. He’s getting out there on the field and doing what he can and still playing well, even if the stat sheet might not drop your jaw as it usually does.