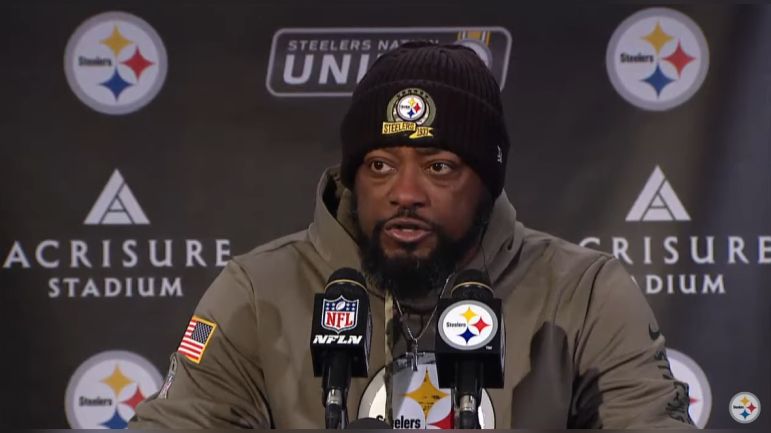 December football and Pittsburgh Steelers head coach Mike Tomlin don’t have a great history overall, thanks to his infamous comments from 2009.

Of course you all know what I’m referring to: Tomlin stated after a loss to the Baltimore Ravens in December 2009 that the Steelers were going to “unleash hell” and would “not go gently” in the final few games of the 2009 season. That backfired on Tomlin, but since then the Steelers have been rather good in December.

"We will not go gently. We're going to unleash hell here in December, because we have to. We won't go into a shell, we're going to go into attack mode, because that's what's required." ~ Mike Tomlin 11/29/09 #Steelers

Though that infamous comment still follows him around all these years later, Tomlin still has a strong bond and love of December football, which is where teams show who they truly are.

This December will be key for Tomlin and the Steelers, who enter the stretch run at 5-7 on the season and have December dates with the Ravens, Panthers and Raiders on deck. That has Tomlin excited for what’s ahead.

“Man, as the road gets narrow it makes you or it breaks you,” Tomlin stated to reporters Tuesday during his weekly press conference. “You feel that pressure or do you apply that pressure? It’s my preference to apply it, and it’s my job to make sure our team shares that sentiment.”

Quite a bit is at stake moving forward for the Steelers in December football, especially with two home games in the month as the black and gold continue to push down the stretch.

Currently, the Steelers are the hunter in the division, rather than a familiar place being the hunted. Therefore, they can apply that pressure to opponents down the stretch as they aim to climb out of the early season hole.

While there was no “unleash hell” or “not go gently” comments made Tuesday, Tomlin was pretty pointed in what December football means not only this season, but every season under his leadership and guidance. It’s where the road narrows, times get tough, conditions worsen and games mean more and more.

That’s where the Steelers find themselves currently. Will they respond in a positive way or run off the road? Time will tell.