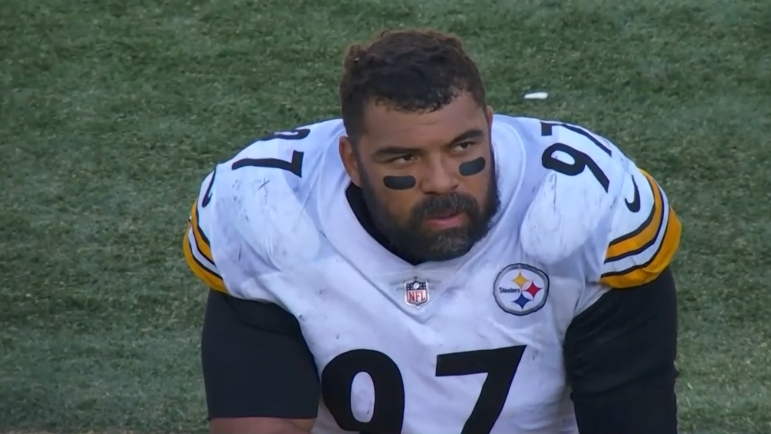 One thing the Pittsburgh Steelers never intend to be is irrelevant. In the past nearly 20 years, they have only ever played a single game prior to which they had no mathematical chance of reaching the postseason, so meaningless games are not their custom.

Entering Week 17 marks their first chance of playing a game with no playoff meaning for them, although that is due to the fact that their game was moved to primetime. If certain results in the afternoon go the wrong way, they could be eliminated prior to kickoff, but otherwise, they remain alive with two games remaining.

That’s why Cameron Heyward doesn’t want to hear talk of knocking off other teams or making their road more difficult. Take the Baltimore Ravens, for example. While they have already secured a postseason spot, they could be eliminated for the running for the AFC North with a loss and a Cincinnati Bengals win.

“I don’t really look to play spoiler. We’ve got to win games, and they’re just in the way right now,” Heyward said on the latest episode of his Not Just Football podcast when asked about potentially playing a role in keeping the Ravens from winning the division. “The schedule’s made. If they win the AFC [North] crown, so be it. We’re just trying to find a way to punch our ticket in the playoffs, and that means taking care of business.”

Baltimore has been struggling some, going 3-2 over the past five games, most of it without quarterback Lamar Jackson. They didn’t have him when playing the Steelers a few weeks ago, and it’s looking like they may not again for this week.

But they’ll need all the help they can get to sneak another one past Pittsburgh on Sunday night unless the Buffalo Bills defeat the Bengals, which admittedly is a distinct possibility. As long as Cincinnati loses or Baltimore wins, then the finale between the Bengals and Ravens will decide the division, winner take all (If Cincinnati loses and Baltimore wins this week, then a Week 18 tie would favor the Ravens).

But that’s none of the Steelers’ concern. They are already out of the race for the division. They’re just trying to secure the final Wildcard spot, the other two are already locked up by the Ravens and the Los Angeles Chargers. Those two will be competing for who is the fifth and the sixth seeds. Pittsburgh has no hope of doing better than the seventh.

But all they need is hope. All they need is a chance. They’ll need help from the New England Patriots before kickoff, however, because if the Miami Dolphins win, Pittsburgh’s night game won’t have any playoff implications for themselves. And all they’ll be able to affect is the playoff seeding for others.