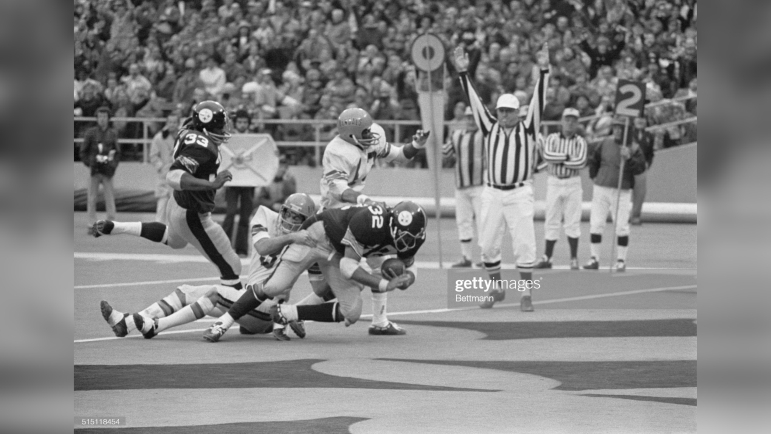 Franco Harris touched the lives of many, including many millions he’s never known. The former Pittsburgh Steelers Hall of Fame running back passed away suddenly this week, just days shy of the team’s preparations to retire his jersey number. Many he touched, however, will be there to honor him.

That presumably includes running back Frenchy Fuqua, himself also a critical part of the Immaculate Reception play. He was the target on that fateful pass, though he refuses to say whether or not the ball touched him. He spoke to William C. Rhoden for Andscape about the passing of his dear friend and their professional and personal relationship together.

“I did not believe it, I still can’t believe Franco’s gone”, he told Rhoden, apparently on multiple occasions, as they spoke. The two spent five years together from Harris’ rookie year in 1972 until Fuqua’s last in the league in 1976. And he credits Harris for extending his career—gratefully playing second fiddle.

“When Franco came in, I moved to what I thought was my natural position; I was moved from fullback to halfback and had my greatest rushing year of my life”, he told Rhoden, before Harris took the lead role. “I went from the No. 1 ball carrier to the No. 2, which didn’t hurt because I knew that would extend my career as a 5-foot-11-inch, 195-pound running back. Franco extended my time”.

Drafted in the 11th round in 1969 by the New York Giants, Fuqua joined the Steelers a year later via trade and became their featured runner. He rushed for a career-high 691 yards and seven touchdowns in 1970. In 1972, Harris’ rookie year, he rushed for 665 yards on 150 attempts with four touchdowns.

As for Harris, he won the Offensive Rookie of the Year award in that season as a first-round pick out of Penn St. He rushed for 1055 yards and 10 touchdowns, adding another receiving touchdown for good measure. His 11 touchdowns remains a Steelers rookie record.

And he went on to have a legendary career. It’s almost a shame that the Immaculate Reception tends to eclipse everything else he’s accomplished. He still holds the record for the most rushing yards recorded in Super Bowls, though it helps that he’s been in four of them.

Not only did they get along well on the field, they became great friends off the field, lifelong friends. He shared a number of stories about how dedicated Harris was to his physical conditioning, beginning to train for the upcoming year a month after the previous season ended. He would lift weights during card games. You can’t make this stuff up.

Unfortunately, the only Franco stories we’ll hear from now on are those told by others. As with Fuqua, it’s still hard to believe that he’s gone. What awful timing. But these things don’t work on man’s schedule.