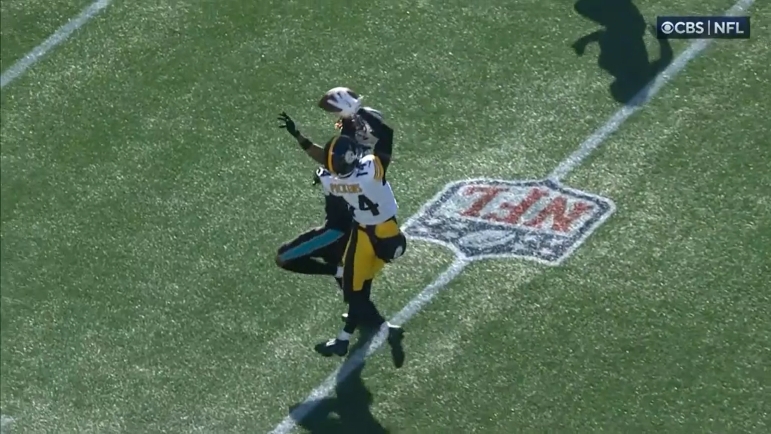 Reasoning: The rookie wide receiver tends to be good for at least one big play per game, provided that he gets the requisite opportunities. He got one this past weekend and delivered once again with a big 38-yard catch, one of two receptions on the day.

There probably hasn’t been one single sentiment more often expressed by coaches and players this year for the Steelers than the need, or at least the desire, to get rookie wide receiver George Pickens more opportunities to make plays.

A second-round pick out of Georgia, he already has had a productive rookie season, catching 42 passes for 643 yards and two touchdowns, plus a rushing touchdown. Yet the opportunities don’t always come. He hasn’t seen more than six targets in a single game, for example, since Week 5. Five times it’s been three targets or fewer.

There are a variety of reasons for that, some of them pertaining to Pickens and his own abilities. At this point in his career, he’s not often open. But he can still make plays even when he’s not conventionally open, as he did on the 38-yard grab mentioned earlier.

“It was a good scenario, it was a third down and they were up on him, and I feel pretty good about the odds of him making those plays,” offensive coordinator Matt Canada said about the pass in question, via transcript yesterday. He also said that quarterback Mitch Trubisky “nice decision and a good play.”

At this point in the season, we can probably safely say that Pickens is in 2022 who he has been, but he’s going to have to work on taking his game to the next level in the offseason. That’s going to involve working not only on his route tree but on his works within the route, particularly at the route stem and how he creates separation from it.