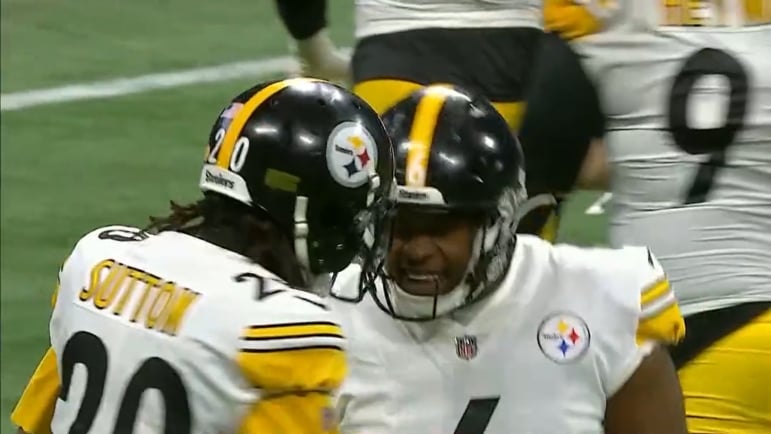 Reasoning: The second-year punter continues to have a much more consistent season for the Steelers this year after having a tumultuous rookie season on and off the field that at one point likely came close to costing him his job. He delivered certainly one of the plays of the game on Sunday by pinning the Atlanta Falcons on their own two-yard line in the final minute of the game.

Here’s a lovely statistic. Second-year punter Pressley Harvin III has posted a net-yard average of at least 39.5 yards per punt in every game this season, including better than 41 yards in eight games and better than 40 in all but one.

Standards for punters continue to evolve, to the point where a 40-yard net average is no longer great but in fact rather average, even a bit below average, but it’s a huge leap forward for the 2021 seventh-round pick, who faced a whirlwind of heartache off the field during his rookie season, losing both his father and his grandmother after long battles with illness.

He’s averaging 41.4 net yards per punt this season. That does rank 18th in the league, but he’s trending in the right direction and has had few fewer ‘JV’ punts than he did last year. In fact, he’s occasionally come up big, as he did last week, pinning the Falcons back at their own two-yard line in a critical moment.

Of course, you can’t just look at averages when it comes to evaluating a punter’s performance because every punt can be different. There are scenarios in which a 30-yard punt can be excellent and a 45-yard punt can be mediocrity.

We can get deeper into that with Harvin and at some point I’m sure we will in the offseason, but for now I’m focusing on the fact that he’s striking the ball more consistently. And that includes improving his success on directional punting, an area where it seems like special teams coordinator Danny Smith is trusting him more, given that they have been calling for more of them.

So let’s see. He’s improved his net average by more than three yards from his rookie season (a bigger gap than you might think). His hangtime is nearly a tenth of a second better. He’s had a lower percentage of punts returned and a higher percentage fair caught, and the ones that have been returned have gone for nearly half the average yardage. Things are looking up.