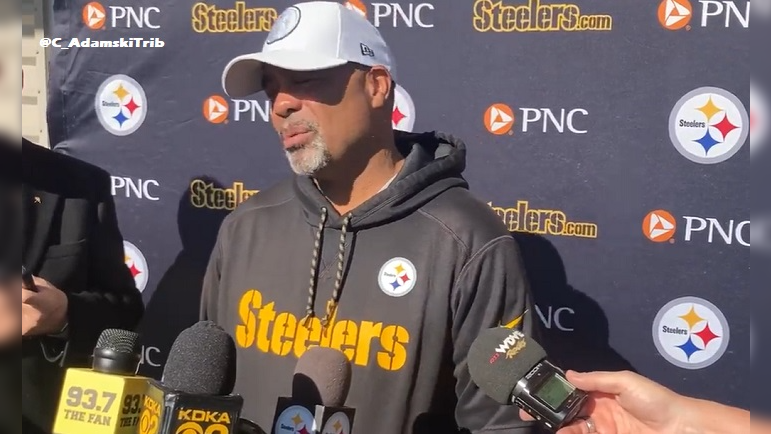 It’s not often that a bit player like New Orleans’ Taysom Hill gets as much attention entering a matchup the way he current is from the Pittsburgh Steelers and the coaching staff.

As a pseudo quarterback/running back/tight end/H-back, Hill can do a lot of things for the Saints’ offense under head coach Dennis Allen. He can throw the football (7-for-9 passing, 101 yards, one touchdown), run it (40 carries, 343 yards, five touchdowns) and he can catch the ball (three catches, 16 yards, one touchdown).

Truly, Hill can do everything offensively. He can even serve as a passable in-line blocker from the tight end position.

Steelers, Alex Highsmith Preparing For ‘Unique’ Challenge Against Saints’ Taysom Hill: ‘He Does Everything’

Steelers head coach Mike Tomlin and third-year outside linebacker Alex Highsmith talked about the challenge of dealing with Hill earlier in the week, stating that the Steelers are in for a “unique” challenge and must have an “intentional and thoughtful” gameplan to deal with the dynamic offensive weapon.

On Thursday, Steelers defensive coordinator Teryl Austin added to the attention provided to Hill in recent days from members of the black and gold. Asked if the Steelers can take anything away from preparing of Baltimore’s Lamar Jackson as a dual-threat, do-everything offensive weapon, Austin stated that the two aren’t similar and that the Steelers can’t pigeonhole Hill into a role and prepare for him a certain way.

Hill does move around a ton in the Saints’ offensive formation. On the year, according to Pro Football Focus, Hill has played 130 offensive snaps.

Fifty-seven of those have come as the quarterback, eight were with him lined up in the backfield, 24 as an in-line tight end, 16 as a slot receiver and 24 as a wide receiver. That’s about as versatile as it gets in today’s NFL.

He even handles snaps on special teams, serving as a key kick and punt coverage piece for the Saints. He’s an old-school, throwback type player, one that is will to do whatever it takes to get on the field and make an impact. That’s what makes him such a unique challenge to deal with.

Hill doesn’t have a set role and can do a lot of things offensively for New Orleans. It’s the most unique challenge the Steelers have had to deal with in quite some time. We’ll see what the thoughtful and intentional gameplan looks like on Sunday at Acrisure Stadium.