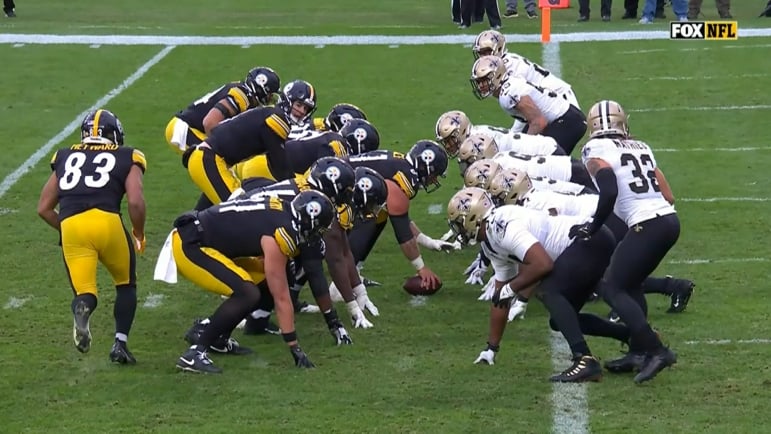 Head coach Mike Tomlin entered his 16th season, the first without future Hall of Fame quarterback Ben Roethlisberger, touting the strength of a defense he claimed would be able to be as good as they needed it to be on any given day.

Nine games into the season, it’s only been good enough three times, but at least that includes the most recent. They held the New Orleans Saints to just 10 points, blanking them entirely in the second half, while recording two interceptions. And they kept drives short for a change.

But it was a multi-faceted effort that led to a nearly 2:1 time of possession in favor of the Steelers. It also took an offense that was able to sustain drives as well, only going three and out once. They had five possessions that lasted more than four minutes and only two meaningful ones that lasted under two—and even those just barely. It was a major boon to the defense, defensive tackle Cameron Heyward said.

“The best defense is a defense on the sideline. When the offense can sustain drives and continue to keep pounding ‘em, it’s huge”, he told reporters yesterday via the team’s website. “We love seeing their defenders tired and annoyed that they gotta keep going out there. I will be the happiest guy if I only have to play 20 snaps in a game. It hasn’t happened yet, but I’m looking forward to it”.

Officially, the Steelers ran 79 offensive plays to the New Orleans Saints’ 45. They wielded control of the football for 38 minutes and 56 seconds. The Saints held possession for just 21 minutes and four seconds, almost comfortably the largest time-of-possession lead of the season.

The only two games that came close were the blowout losses to the Buffalo Bills and the Philadelphia Eagles, and that is because those opponents were able to put together short scoring drives through explosive plays. The Steelers countered with extended drives that more often than not stalled before getting home.

Yesterday’s results were a mixed bag; they did score four times and had two other good shots at scoring—they missed field goals—out of nine competitive possessions. They only punted the ball three times, all of them coming within their first five possessions, without turning the ball over.

Conversely, the Saints’ longest drive was just 4:04, and they were held to under two minutes six times. They went three and out five times, punted five times, and turned the ball over three times, including once on downs.

There is something that the Steelers could build off of from this game. It’s still not enough, probably most weeks, but if they can replicate the basic pattern of this game and just continue to do it better, they can be competitive in 2022, to the chagrin of those looking ahead to the 2023 NFL Draft.