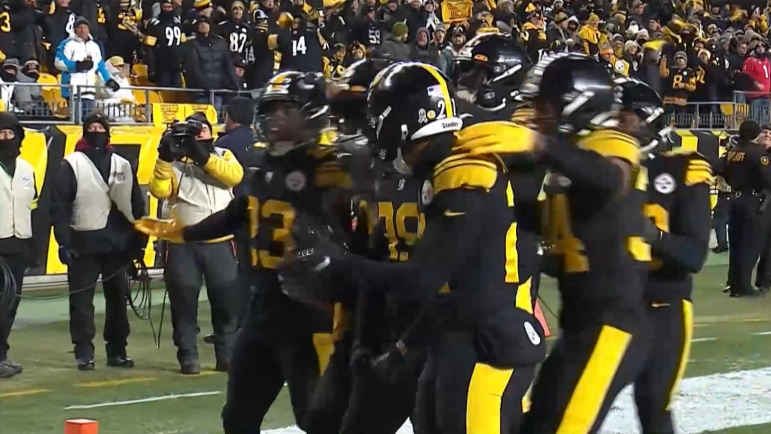 The Pittsburgh Steelers offense reached a significant milestone tonight, putting up 30 points for the first time all season. Indeed, it was the first time they put up more than 20 in a game. Unfortunately, it was also the third time the defense gave up 35-plus points in a game, and so the end result was another loss, now one of seven on the year.

And as you might expect, nobody is happy, especially those on defense. Safety Minkah Fitzpatrick, who returned to play after an emergency appendectomy eight days ago, expressed his frustrations after the game, speaking to Chris Adamski of the Pittsburgh Tribune-Review.

“You’re never happy when someone puts close to 40 points on the board, throws for almost 400 yards”, he said. “We got to get our chemistry, our continuity back. We gotta be sticky on receivers, on the checkdowns to the running backs. We have the talent, so there’s no excuse. We just got to get right”.

A disappointed Minkah Fitzpatrick on the performance of the Steelers defense today pic.twitter.com/9yewexUMbb

Tonight marked the first game since the season opener in which T.J. Watt, Minkah Fitzpatrick, Cameron Heyward, and Myles Jack were all on the field together. Watt missed seven games, of course, and Jack did not play last week in Watt’s return, a game that Fitzpatrick also missed.

Perhaps there is something to what Fitzpatrick says about needing to rebuild chemistry and continuity within the defense, but it’s hard to make that argument as an excuse for giving up, as he says, close to 40 points and almost 400 passing yards. With the talent they have, they should be able to walk in from off the street and do a better job than that.

The most damnit stat of the night was the fact that the defense surrendered two touchdown drives of 90-plus yards. For a team with as many issues as the Steelers have, they cannot afford to squander opportunities that field position provides, on both sides of the ball.

By and large, the offense did its part tonight in putting up 30 points, 10 more than they had in any other game on the year. Even if the second half was bad, they weren’t really getting in the way of the defense, which relinquished another 20 points in the second half after giving up 17 in the first.

And yet my mind keeps coming back to the second point. Getting sticky on the receivers, especially on the running backs on checkdowns. After all, they allowed running back Samaje Perine to score three times in the passing game. They didn’t make the appropriate adjustments to prevent that from continuing to happen. Back to the lab, then, lest they continue to fail chemistry.