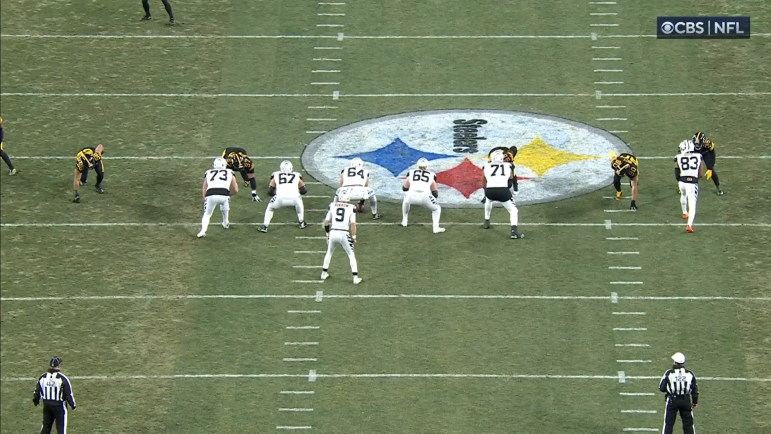 The Pittsburgh Steelers, at least on paper, are supposed to have one of the best front fours in the NFL. Bookended by the reigning Defensive Player of the Year in T.J. Watt and among the league’s top sack producers in 2022 in Alex Highsmith, in between are perennial All-Pro Cameron Heyward and Larry Ogunjobi, himself no slouch.

The pedigree hasn’t always produced the desired results—it didn’t help that Watt missed seven games and is still working his way back into midseason form—but all four are formidable opponents in one-on-one matchups. Indianapolis Colts interim head coach Jeff Saturday gave them their due respect speaking of them yesterday.

“Listen, their front four is as good as anybody in the NFL”, he said via transcript. “Everybody talks about the ends, Highsmith and Watt, but listen all four – they’re all dudes and they can put pressure on you at every point, and they will pressure you. They’re not scared”.

A former offensive lineman himself, Saturday said that he has stressed to that group since he has arrived on the scene how important their job is, that “protection is going to beat coverage”, while also acknowledging that that is easier said than done.

“You can’t hide from it. You’ve got to go out, work your techniques, understand they’re smart players, they are going to make plays”, he said. “It’s limiting the big plays, limiting the moments where the big plays can be had. So, a big challenge ahead but one that we hopefully meet”.

Watt is, of course, Watt, and even Watt at something less than 100 percent is a force to be reckoned with no matter what ridiculous notions a certain right tackle of a divisional opponent might have to say. Highsmith has largely held down the fort in his absence, and the two should only grow as a pairing.

Heyward continues to play at a high level. Ogunjobi has battled injuries, but is a very capable one-on-one winner, and in that sense has been a fitting substitute for the retired Stephon Tuitt. The front four is certainly the strongest area of the defense, even if the rest of the unit sometimes lets them down.

Elsewhere, Colts quarterback Matt Ryan also praised the Steelers’ front four, singling out in particular their relentlessness in pursuing plays and finishing them until the end. All three who have been there certainly fit that bill and Ogunjobi has followed suit.

The Colts have surrendered 40 sacks this season. The Steelers are far behind the sort of sack pace they have come to be familiar with, but with Watt back in the mix, one can only hope that they can begin getting back on track, and being the ‘dudes’ Saturday sees them as. One of whom—Heyward—he played against in the latter’s rookie season in 2011.